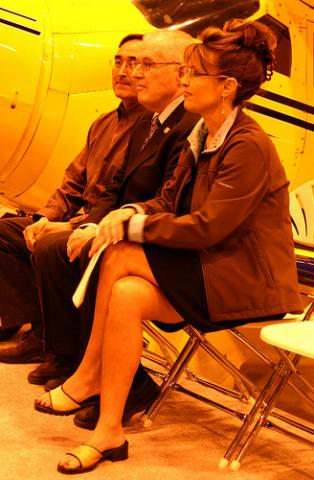 She’s also insanely popular, with an approval rating around 90%– the highest of any elected American official.  Her political record shows that she is an opponent of corruption, especially within her own Republican party, and a fiscal conservative.

A mother of 5, Sarah Louise Heath Palin happens to be gorgeous.  Her other affiliations include her membership in the National Rifle Association and her pro-life stance.

Sarah Palin studied journalism and was previously a two-term mayor before becoming governor in december 2006.  Her husband Todd is a commercial fisherman.

Filed under: Politics
Share Tweet Pin G Plus Email
previous article: Art as a bridge between cultures and what this means for the Church
next article: Obama Outmaneuvered Clinton On Virtually Everything