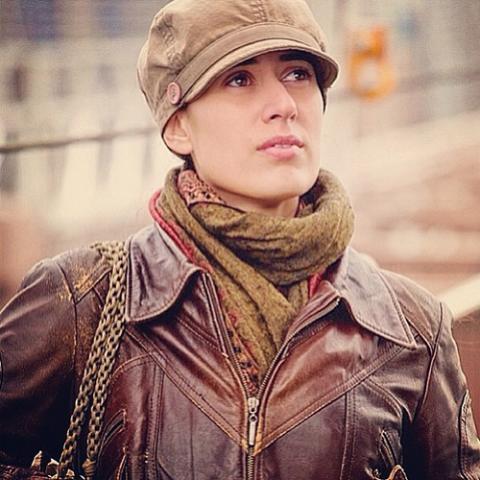 The case of Sarai Sierra, the New Yorker killed in Turkey while traveling there on what the media has termed as a "photo- taking vacation," continues to be shrouded in mystery although an elusive suspect, a transient paper collector, known only Ziya T. is now the subject of a manhunt  along the Syrian border.

According to Turkish police investigators,blood on the murdered woman’s  shirt   and skin found under her fingernails allegedly matches the DNA of the homeless paper collector, Ziya T.

Media reports say, the 33-year-old  was traveling alone for two weeks when she disappeared on Jan. 21, the day she was supposed to catch a flight back to the United States. Turkish investigators said she had walked 2.2 miles and had been captured on 20 surveillance cameras along the route she took until finally ending up in an off-the beaten path area near the Marmara Sea close the ancient walls where her body was eventually found on Feb.2nd.

Investigators found her body hidden in an opening of the ancient walls in a seedy part of Istanbul on Feb. 2. Police reports say a blow to the head with a brick killed her.

Early in the investigation, speculation that Sarai Sierra may have been a drug courier swirled among  the Turkish media. The woman’s short side trips to Amsterdam and Munich fueled suspicions. Reports that witnesses  saw her in Istanbul interacting with several men referred to as part of a criminal element continued to fuel further suspicion.

According to a report issued by the Central Intelligence Agency Turkey remains a key  transit country for illicit drug trafficking, including heroin, methamphetamine, amphetamine, opium, and cocaine. Heroin, opium, and cocaine are generally destined for European markets.
The report went on to say Turkish and other international trafficking organizations operate out of Istanbul.

Later, some of the speculations were dismissed by the Turkish media, but the FBI agents assigned to the case asserted they still believed Sarai Sierra’s trip may have involved more than just meeting with internet friends and taking tourist pictures. Authorities say no evidence exists so far that Sierra was involved in any criminal activity.But Edward Huey a blogger from BestCriminalJustice.com speculated it is possilbe Sarai Sierra got caught up in criminal activity. "There are lots of unsuspecting or naive drug couriers who get caught and end up in prison for years in countries like Turkey, Japan and other major hubs of the drug trade. The larger issue is that it’s really impossible to know what went on, especially in a country like Turkey," he said.

When asked if he could elaborate more on why the information related to the Sarai Sierra case released by Turkish police has been limited, Huey said the Turkish criminal justice system lacks transparency.

"I think that anytime you work with a criminal justice system that is not as open, such as Turkey, it makes it much harder to know what’s going on. There’s significantly less transparency then you would see in the US or Western Europe. In terms of the actual case there are always stories of one time drug mules getting caught all over the third world, but there are also plenty of cases of single women travelers getting killed with no relation to drugs as well," he said.

Little is known about the people she met and spoke to  with while traveling although several names came up including a Turkish man, Taylan K and a man in Amsterdam, Ammer Reduron whom she stayed with.  According to Turkey’s Dogan news agency police had information that Sierra had traveled to Amsterdam on January 15 and then on to Munich on January 16, before returning to Istanbul on January 19.Both men denied any intimate involvement  with her, but later  Turkish media reported Tylan K.  had a sexual encounter  with her in bar bathroom where they met the day before she vanished.

These friends may  have been part of the church group that sponsored Sarai Sierra’s husband Steven Sierra’s and brother David Jimenez’s trip to Turkey to assist investigators early on while Sarai Sierra was still believed to be a missing person.

According to The Mail Online www.dailymail.co.uk Turkish investigators have only released five percent of of the detials they are aware of  about the murder to the public. This of course, leaves tremendous gaps in the story, unconfirmed information,  unanswered questions, and more space for further speculation.

Dr. Carole Lieberman, a forensic psychiatrist theorized Sarai Sierra may not have been involved in criminal activity. "Sarai Sierra was clearly not looking for drugs, she was desperately   looking for love. The only way drugs could have been involved is if one of the men she  was hoping to start a relationship with asked her to deliver  something. But, it is unlikely – though not impossible – that she was  desperate enough to take this risk in Turkey – especially unlikely if she ever  saw "Midnight Express," she said.

A supporter who bought Sarai Sierra’s photos that were for sale on Instagram said she received the package:
Catalina López ‏@Iceberg21409
Received my delivery today â¤#saraisierra pic.twitter.com/uKJRrUlS

Laura Wells ‏@wellsla
This is the last known photo of #SaraiSierra, walking along the Marmara Sea on a sunny day: http://bit.ly/VmZqNV  via @MailOnline

On Feb. 20th, Wells shares information about a woman’s body found a day or two before Sarai’s body was found stuffed into a crevice of an ancient wall:

Laura Wells ‏@wellsla
@Joshapalooza @sibanm They pulled a woman’s body,40 yo, also wearing red shirt & jeans from Bosphorus a day or two before they found Sarai.

Filed under: Opinion, World
Share Tweet Pin G Plus Email
previous article: How to measure success as a social worker
next article: Exercise Trends That Could Be Hazardous to Your Health