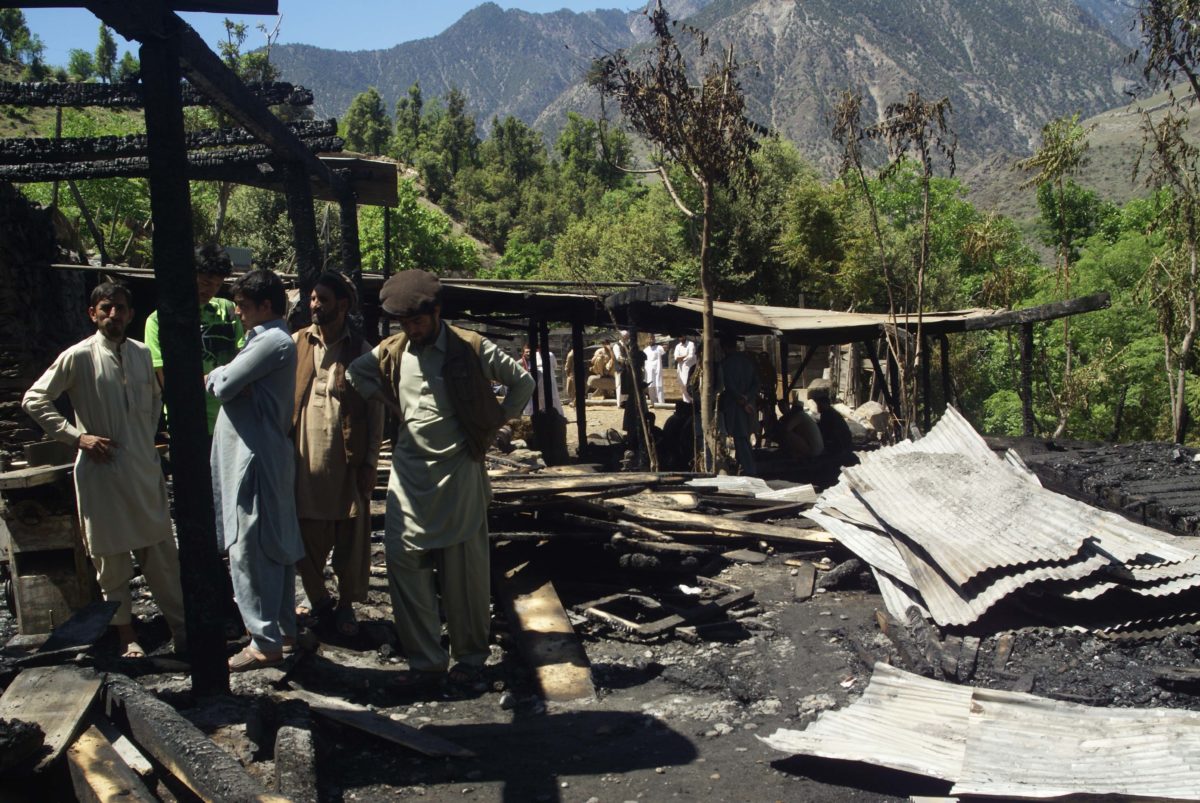 Saw Machine cum furniture factory gutted at Kalkatak village.
By: Gul Hamaad Farooqi
CHITRAL: A saw machine and small factory of furniture was gutted at Kalkatak village of Drosh area some 55 KM from here. According to Drosh police saw machine and a furniture factory was burnt badly at Kalkatak village by some unknown persons. Owner of Saw machine Salahuddin Tofan alleged that somebody sprinkle petrol on Deodar trunk (wood) during midnight of Wednesday and Thursday at his Saw Machine and put fire as a result the whole building of saw machine and furniture factory was completely gutted including precious infrastructure wood.
He said that one of my relative was sleeping inside the room of saw machine who was woke up by smoke of fire when he came out there was fire at two places and he also felt smell of petrol. He said that there were a number of electronic motors, machines, timber etc worth 4 million.
Haji Gul Nawaz Khan of PTI, Javed Akhtar of PPP, Qari Jamal Nasir of JUI F who also visited the burnt saw machine demanded from provincial government for to compensate Salahuddin who face a loss of 4 million rupees. They termed it a terrorism act by some unknown culprits.
Sher Habib Jan advocate told this scribe that Drosh police still not lodged FIR and they told them that they investigating the case and after sought out of any clue they will lodge FIR. Residents of the area told this scribe that Salahuddin is a prominent social worker and very nice person who never harm any body and they condemned this incidence of putting fire on his saw machine after sprinkling petrol at two different places. Qari Fazl Haq and other demanded from district police officer, administration and provincial government for detailing expert team to investigate this case not as in past and payment of compensation to Salahuddin so as to enable him to earn livelihood for his entire family. They said that this saw machine was only source of income for his family. They demanded from Drosh police for adding terrorism sections in FIR of this case.
Gul Hamaad Farooqi C/O Manager bank Islami Main branch Chitral Pakistan phone No (0092) 0943-320737, 0943-316052, 0943-414418 ,03205989602, 03025989602, 03337069572, 03159698446, 03469002167
email: gulhamad@gmail.com,ghfarooqi@rediffmail.com, gulhamaad786@yahoo.co.uk,ghfarooqi@rediffmail.com,gulhamadfarooqui@outlook.com