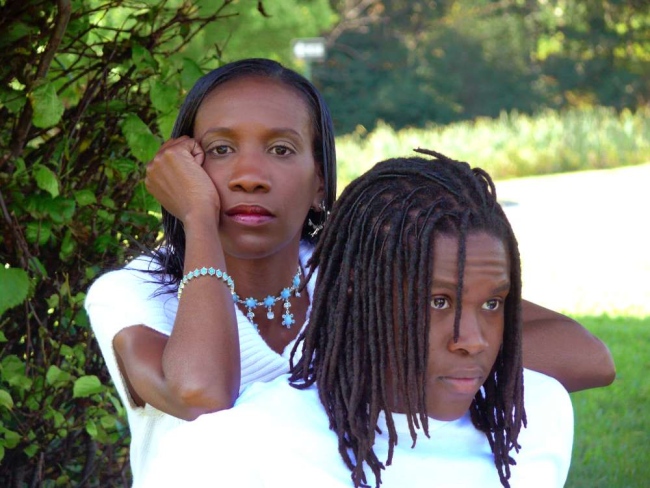 Window on Fashion by Noneillah Scoop It and Noneillahstore Fashion News 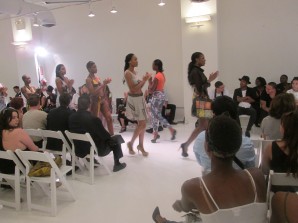 NEW YORK CITY — All over NYC there was various locations from Lincoln Center to Metropolitan Pavilion and other places hosting NYC fashion week. There were small boutique and large companies’ designers were out displaying their spring and summer 2015 collections. You had top name designers to emerging designers.
In New York City there were an absorbing amount of celebrities, celebrities’ hair stylish, makeup artist, guests, and overwhelming number of international buyers, fashion news bloggers, photographer, videographer, news media and more for fashion week September 2014.
Fashion week started on September 4 and ran for eight days, with more than 90 runway shows, at Lincoln Center.  Small Boutique Fashion week started on September 6 with three shows 12pm, 4pm and 8pm. The 8pm show was packed with wall to wall people waiting to see the Spring and Summer 2015 collections  for each of the  designers.
According to SBF Week organizer, the participating designers came from various states around the world which some of the designers are new to the New York Fashion Week.  I spoke to some of the returned designers and they stated that they noticed some new designers this year who are eager to showcase their collections.  There were wall to wall models that came from all over who just could not wait to hit the runway to showcase the designer’s collections.
As a Noneillah spokesperson, I am glad to say that Naomi Johnson the mother of Montclair New Jersey hip hop artist Sean Cos Mason aka Deshon Johnson was one of the new designers who had the opportunity to showcase the Noneillah Collection in NYC upscale Small Boutique Fashion Week.  She was accompanied with Nonillah’s fashion Coordinator Shuan Pool and Noneilah’s personal model/Photographer Teshia Gibbs; plus I, Na Noneillah’s spoke person. It was a wonderful and great experience that we had in participating in NYC fashion week.
There were some amazing talent and creativity came flowing from each designers minds into their clothing.
Spring 2015 included many soft colors –sky blue, pink, lavender, pale yellow and coral red – layered soft materials and see-through materials.  Small Boutique Fashion Week at the Metropolitan Pavilion venue for events looks like it had accommodated more than 1,100 people for this big fashion showcase. There were about forty designers and each designer had about 8 to 10 different type of look on the runway which showed several of softness in color and silhouette reflection of each designer creative spirit for the Spring 2015 collection.  There were cocktail dresses, motorcycle outfits, bikinis, sun dresses, footwear and many other style of fashion.
The Noneillah Collection had many shade of colors and styles that you can wear anywhere.  The colors various from pink, black yellow,  blue,  purple, blue, white and earth tone colors , which is Cos and his mother’s favorite colors. The prints were awesome and the styles are something everyone can wear. The Noneillah collection had mesh see through cut-out shapes, music notes long dresses, music note skater dresses with matching leggings, leggings with bikini tops, matching shoulder bags, multiple paisley bikini’s with matching large handbag and many more designs. Few of the Noneillah Collection had matching jewelry and footwear hand made by Naomi. My favorite outfits of the Noneillah Collection were the paisley bikini, with matching necklace and handbag, the three music notes collections and the suspenders necklace.
After the show was over all the designers, some models and vendors were interviewed by Runway news, SBFW, radio station an online press bloggers. During the interview one of the interviewers from SBFW TV asked Naomi Johnson what inspired her to create the Noneillah designs and collection? Ms. Johnson told them that she was inspired to create the Noneillah designs and collections as a way to keep her son’s legacy alive through fashion.  She told them “the Noneillah Collection is named after her son’s signature tag line when he sung or rap”. The Noneillah Collection is by her hip hop artist/singer Sean Cos Mason/Sean M aka Deshon Johnson in honor of his memory.  Naomi, also told them ‘that some of the colors are her son’s favorite colors and the  designs with the music notes is what he loved to do and the styles is something she wanted to design for everyone of all ages to wear comfortably”.  Last but least, the bikini with the purple, golden yellow, and black and blue is to Raise Awareness about What Happen to Her Only Child who was killed by a reckless bus drivers of Coach USA/NJ Transit and for others victims who also lost their lives due to reckless bus drivers around the world.
Naomi shared with the other interviewers from Runway news that she started The Deshon Johnson College Scholarship Foundation in her son’s honor.  And how she raises money every year on March 5th at the Brownstone for the three schools who started the Deshon Johnson Commemorative Scholarship where her son attended, which were Montclair High School, Kean University and Essex County College.
Naomi also is considering in extending the Deshon Johnson College Scholarship to Montclair University (MSU) where Mr. Johnson was accepted to attend.  She also raises money and donate a certain percentage of the money from the Noneillah’s Collection to build a recording studio in her son’s name to teach high school students entrepreneur skills in the music industry and give to her son’s college scholarship foundation.
Every designers inspiring story are touching but some of them holds a lasting impression.
NYC Fashion week 2015 for fall and winter will be back in February. The fashion shows will be at studio in Chelsea and other locations.  In addition to the SBFW-registered runway shows, there are a few hundred smaller shows all over the City during New York Fashion Week.
Keep a look out for Noneillah’s fall and Winter Collection in NYC Fashion Week 2015 to hit the runway again. 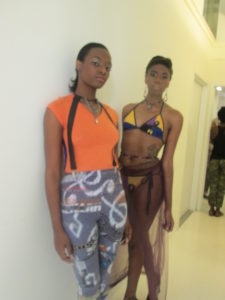 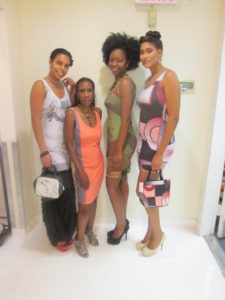 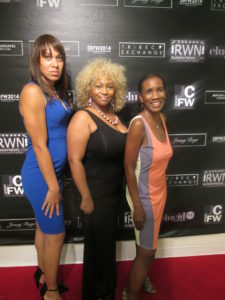 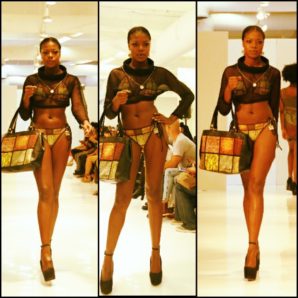 Naomi Johnson and her son Sean Cos Mason aka Deshon Johnson 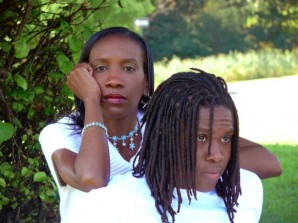