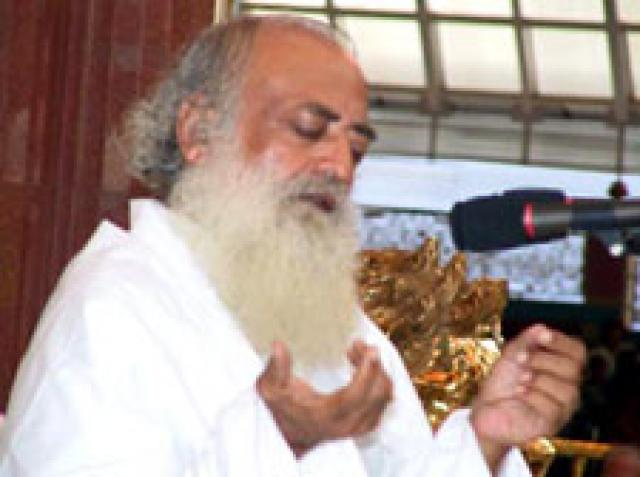 Asaram Bapu faces arrest in an attempted murder case. The Supreme Court on Monday refused to quash the attempt to murder case registered against the Gujarati spiritual guru, who sought a restraint on the state police from arresting him.

A bench of Justices Altamas Kabir and Swatanter Kumar found no merit in the plea of senior counsel Sushil Kumar that the accused had no role in the murderous attempt on one of his erstwhile follower, Raju Chandak.

The senior counsel claimed that Asaram Bapu was present in Delhi delivering a discourse when the incident took place.

After the apex court refused to entertain his plea, the counsel sought permission to "withdraw the petition as dismissed".

Bapu had filed the SLP challenging the registration of attempt to murder case against him by the Gujarat police on December 6.

The criminal case under Section 307 (attempt to murder) IPC and 25 of the Arms Act was registered against him and two others for allegedly attempting to murder Chandak, a former follower of the religious guru.

The FIR was lodged following an attack on Chandak who was shot at by two unidentified persons in Ramnagar locality of Sabarmati on December 5, 2009.

Chandak had testified against Asaram before the D K Trivedi Commission probing the mysterious death of two ashram boys Dipesh and Abhishek Vaghela.