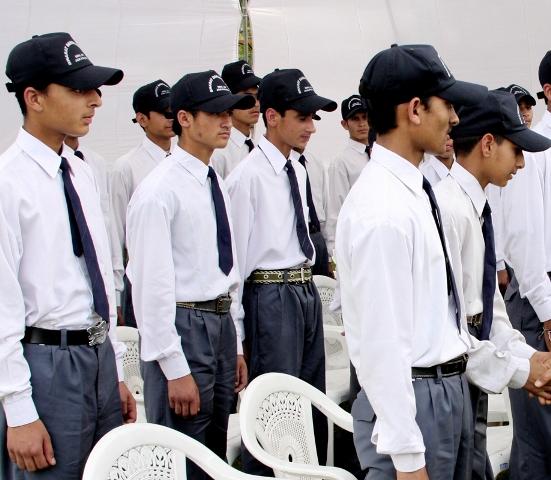 S, September 27 (Scoop News) – Schools and Colleges reopened in the Monday after a gap of over three months. Police had made elaborate arrangements and safe passage was ensured for all the School Buses, Students, Teaching Staff and Non-teaching staff.

According to Police spokesman that huge number of parents also dropped their wards in the Schools. Because of the efforts of the administration and the Police and co-operation of the parents and Public teachers in Schools reported for duties. A large number of students also attended their classes.

Some elements backed by separatists who are bent upon ruining the career of the students tried to create hurdles at some places. In these isolated incidents from, miscreants from lanes and by-lanes pelted stones on school buses at Habbak, Machoo and Pindchi Mandi near Tatoo Ground. Some miscreants stopped a car at Wanabal and took away Rs. 43000/- and a mobile phone from a parent.  The people protest against the incidents of targeting students pursuing their studies and at several places took on the isolated protesters ensuring thereby large presence of students in educational institutions throughout .

Meanwhile Chief Minister Omar Abdullah advised the media not to ‘hype’ the event ‘because the lives of children are at stake’.

Talking to reporters in Jammu today on the sidelines of a government function, omar said: ‘My request to all of you in the media would be that the opening of schools in the valley should not be played up’ as he feared it may bring harm the children’s way.

In , some miscreants in a bid to  defy curfew resorted to heavy  stone pelting  on security forces , deployments at Jogilanker, Rainawari Srinagar.

Security forces while dealing with the situation and in an effort to enforce the law and order and bring the situation back under control, in these  area, one person namely Farooq Ahmad Ahanger son of Abdul Rashid resident of Rainawari, suffered  injuries, who was later shifted to Hospital, for further treatment.

At Samboora, Pulwama a mob tried to disrupt the movement of traffic and started pelting stones. They were later on chased.

Authorities today,  lifted  curfew restrictions in Anantnag, Pulwama, Kulgam, Shopian, and  Awantipora, areas  in south Kashmir, and  from  Baramulla, Handwara, Bandipora and Handwara areas in north Kashmir, similarly, from  district Budgam in  Central Kashmir curfew restrictions has also been lifted, however, other restrictions under section 144 CrPc continues to remain in place in the district.

Meanwhile, curfew restrictions were relaxed in Kangan and Ganderbal from 11 am to 1 pm, in Down town areas of Sopore from 10 am to 12 pm, in Kupwara town, Trehgam and Kralpora from 9 am to 2 pm, while in East, West, and South Zones of Sringar city, curfew has been relaxed from 2 to 7 pm.