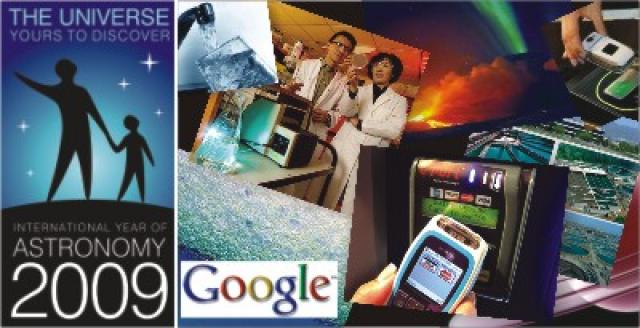 2009 promises to be yet another promising year for the world of Science and Technology. 2009 has already been declared the ‘International year of Astronomy’ and many other high tech gadgets, automobiles and electrical appliances, due to hit the markets all through the year, promises a great year ahead of us.

We at StarTech, tried to find out what 2009 promises us and the following is a sneak peek of the year ahead of us:

The vision of such a declaration is to ensure everyone realizes the impact of astronomy and other fundamental sciences on our daily lives, and understand how scientific knowledge can contribute to a more equitable and peaceful society. IYA2009 activities will take place locally, nationally, regionally and internationally. National Nodes have been formed in each country to prepare activities for 2009. These nodes will establish collaborations between professional and amateur astronomers, science centres and science communicators to prepare activities for 2009. Already now, 135 countries are involved and well over 140 are expected to participate eventually.

To help coordinate this huge global programme and to provide an important resource for the participating countries, the IAU has established a central Secretariat and an IYA2009 website (www.astronomy2009.org) as the principal IYA2009 resource for all interested.

Cell Phone as Credit Card!
Behold! If you happen to live in Canada, by Mid-2009, you can wave your mobile phone for the ultimate freedom to purchase all you need at supermarkets, restaurants and anywhere else for that matter. Visa (International Credit Card Company) and Rogers Wireless (Canada) have come together for the next phase of the mobile phone payment pilot, which will ultimately allow Canadians the flexibility to make purchases securely at the point of sale with a wave of their mobile phone. The customer phase of the mobile phone payment pilot is expected to launch in mid-2009, following a brief employee pilot.

Designed to be a fast and convenient way for customers to pay for small purchases, pilot participants will be issued specially-equipped mobile phones that can simply be waved at Visa payWave-enabled checkout readers at select retail stores and quick-service restaurants in Toronto’s downtown core.

As part of the pilot, Motorola mobile phones outfitted with Near Field Communication (NFC) contactless chips will enable customers to make purchases using the Visa payWave feature just as they would with a contactless RBC Visa card. The functions tested in the pilot will include the secure delivery and storage of account information to the mobile phone and the security of mobile payments at retailers.

African Industry Boom
Africa is by definition an outlier. It’s a whole continent that, for the most part, is completely decoupled from the world economy and subsequently peoples expectations of what it can contribute. People here are looked at as offering very little, if anything, to the world community especially when it comes to technological innovation. 25 of the poorest nations on the planet are all in Africa and the world economic crisis is only compounding that fact. What this means is the world isn’t paying attention to Africa…at all. It’s up to Africans to capitalize on this underestimation. Malcolm Gladwell, in his most recent book OUTLIERS, writes about jewish lawyers who were the industry outcasts of the early twentieth century in New York. Fast forward a few years and the entire landscape changed, making those who were marginalized early on were subsequently placed in the perfect position to dominate an entire industry. Could the same thing happen to Africa? Definitely, the mobile phone market here is proving to be successful beyond most expectations just five years ago. Other industries are also predicting growth in 2009.

Cumulus Solutions for Developing Countries
‘The cloud’ is an elusive technological beast that happily thrives in the world of billion dollar data centers in the west. But there are currently about three billion people untouched by the internet across Asia, South America and Africa. Look for a number of CDN(Content delivery network)’s to try to penetrate these emerging markets by offering mobile services, alternative energy powered data centers and hyper-local hosting solutions.

Innovations in Water Technology
The one resource that the world needs more than anything else on the planet is being strained by over population, pollution, and global warming. Researchers speculate that in 2009, we’ll see a tipping point of innovations in water technologies. Whether it’s simple solutions like the Water Cone (http://www.watercone.com /product.html) or more advanced things like Max Water (http://www.waterunlimited.com.au/).

Predictions On Google
ZDNet’s Garett Rogers: Google’s Chrome browser will grab as much as 15 percent of the browser market as it begins being preinstalled on new PCs. Google will also see solid financial gains as its sharemarket value is likely to soar high.

– Psychic Celia: Google’s going to grow three times bigger. "There’s a company that’ll get involved with Google that will make it go that much higher this year. It will be a company that advertises."

– Psychic Shaun: Google’s growth is going to slow — unless it finds the right new idea. "They need to come up and do something that’s going to knock it out of the ballpark."