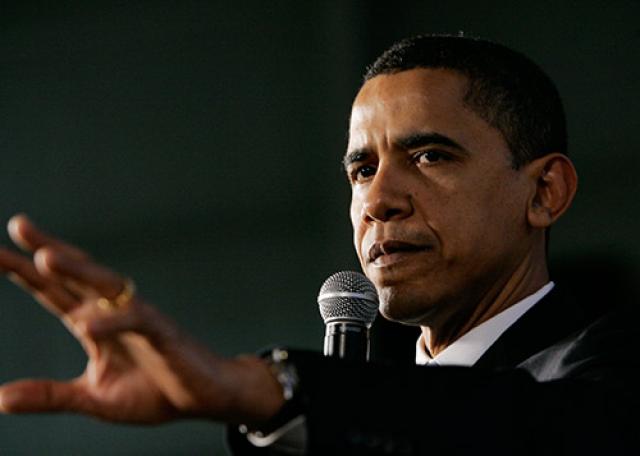 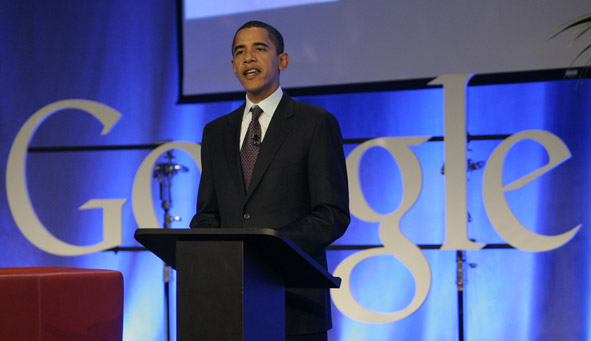 It wasn’t noticed by everyone, or loudly trumpeted by his campaign. But as the presidential election heated up, now-president-elect Barack Obama also began ramping up his science policy capacity. After answering fourteen questions posed by ScienceDebate2008 in a manner that received applause from the scientific community, Obama went further by releasing, to Wired Science, his list of advisors who had drafted the responses. It was an impressive group whose membership—including former Clinton administration National Institutes of Health director and Nobel laureate Harold Varmus; former American Association for the Advancement of Science president Gilbert Ommen; and recent Nobel Laureate Peter Agre—strongly suggests that Obama’s administration will take scientific advice very seriously. In an early October letter to the National Academy of Sciences, Obama further assured the scientific community that he will quickly appoint a presidential science adviser to take with him to Washington.

But let’s look in a little more detail about what American science can expect from president Obama. First, Obama’s answers to ScienceDebate2008 show that he will not allow the “war on science” perpetrated under George W. Bush to continue. Scientists—especially those in the government’s employ—can look forward to an administration that will not be beset by recurrent scandals over political meddling with research. In fact, Obama has specifically pledged to protect scientist whistleblowers and make sure his administration avoids political interference with scientific reports released to the public. These are the right sounds to be making, although thus far, they haven’t been made very loudly. With all of the crises president Obama will inherit, the real question will be whether such matters remain on the radar or receive much priority.

On the two highest-profile science policy issues during the Bush administration, embryonic stem cell research and global warming, president Obama will chart a very different course. The two issues are perhaps most dramatically differentiated by how simple it will be to resolve the one, and how staggeringly difficult it will be to even begin to address the other. On stem cells, Obama can simply reverse President Bush’s August 2001 executive order limiting research to pre-existing cell lines; Congress already wanted this before Democrats controlled both houses, as they do now. In a short time, then, we can assume that the most politicized phase of the embryonic stem cell debate will be over.

On climate change, in contrast, this administration needs a massive and sustained effort to: 1) pass a cap-and-trade bill to cut emissions; 2) invest dramatically in renewable energy research and development; 3) prepare to negotiate an international greenhouse gas treaty, the successor to the Kyoto Protocol; and 4) begin a climate change adaptation and readiness agenda for the nation. On the first two points, Obama has outlined ambitious plans—most notably, to set the U.S. on course to reduce greenhouse gas emissions by 80 percent by 2050, and to invest $150 billion in renewable energy over the next decade. The real question, however, will be whether Obama and progressive members of Congress stick to their guns on a strong cap-and-trade bill despite the dismal economic situation—one in which any legislation will be mercilessly attacked for an alleged capacity to damage the economy and raise energy prices. Stand by.

For the same reason that a greenhouse gas bill will be a tough slog—the terrible economy—securing adequate funding for scientific research, including fulfilling funding obligations for the languishing America COMPETES Act, will also pose major challenges to the Obama administration. Here again, Obama says all the right things—perhaps most notably, he wants to see basic research budgets double over the next decade. But staring down a federal budget deficit that could hit one trillion dollars, Obama will be very hard pressed to start out ambitiously toward this end. Let us hope that the people surrounding him make the strong argument that even though research funding will not provide an immediate solution to the economic problems that George W. Bush has left behind, in the long term it’s the single best way to fire the economy—in the energy sphere above all, but across the board.

Despite many challenges ahead, it’s clearly a new day for science in Washington, and there are strong grounds for feeling optimistic. For scientists who so struggled under George W. Bush, there’s a very real sense that the clouds are parting. Now, we await a still-clearer signal of how president Obama will govern science—his pick of a presidential science adviser, which should come soon, and will tell us a great deal. In the meantime, however, we can note that in his victory speech last night, Obama did not leave out science; rather, he gave it a central role in defining the course the nation has taken over the past half century: “A man touched down on the moon, a wall came down in Berlin, a world was connected by our own science and imagination.”

Filed under: Media & Tech, US
Share Tweet Pin G Plus Email
previous article: Making of Digital Bangladesh -by blocking video-sharing site YouTube and how to bypass
next article: IPL Season Second kick off with revised schedule