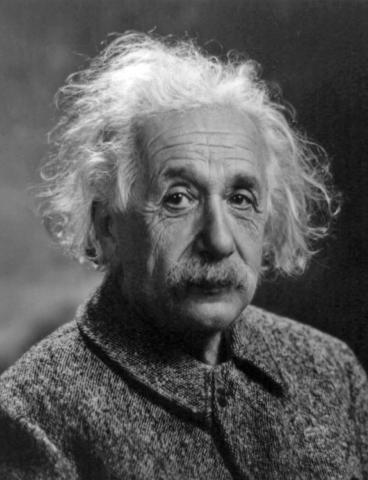 Physicists at the University of Geneva, Switzerland may have found a means of information transfer that is faster than light.

The scientists found that two photons can be connected in a way that seems to defy the very nature of space and time, yet still obeys the laws of quantum mechanics.

They achieved the weird result by creating a pair of ‘entangled’ photons, separating them, then sending them down a fibre optic cable to the Swiss villages of Satigny and Jussy, some 18 kilometres apart.

The researchers found that when each photon reached its destination, it could instantly sense its twin’s behaviour without any direct communication. The finding does not violate the laws of quantum mechanics, the theory that physicists use to describe the behaviour of very small systems. Rather, it shows just how quantum mechanics can defy everyday expectation, said Nicolas Gisin, the researcher who led the study.

"Our experiment just puts the finger where it hurts," he said. The study is published in Nature.

In the everyday world, objects can organise themselves in just a few ways. For example, two people can coordinate their actions by talking directly with each other, or they can both receive instructions from a third source.

In both cases, the information is communicated at or below the speed of light, in keeping with Einstein’s axiom that nothing in the universe can go faster. But quantum mechanics allows for a third way coordinating information. When two particles are quantum mechanically ‘entangled’ with each other, measuring the properties of one will instantly tell you something about the other. In other words, quantum theory allows two particles to organise themselves at apparently faster-than-light speeds.

Einstein called such behaviour "spooky action at a distance," because he found it deeply unsettling. He and other physicists clung to the idea that there might be some other way for the particles to communicate with each other at or near the speed of light.

But the new experiment shows that direct communication between the photons (at least as we know it) is simply impossible. The team simultaneously measured several properties of both photons, such as phase, when they arrived at their villages and found that they did indeed have a spooky awareness of each other’s behaviour. On the basis of their measurements, the team concluded that if the photons had communicated, they must have done so at least 100,000 times faster than the speed of light, something nearly all physicists thought would be impossible.