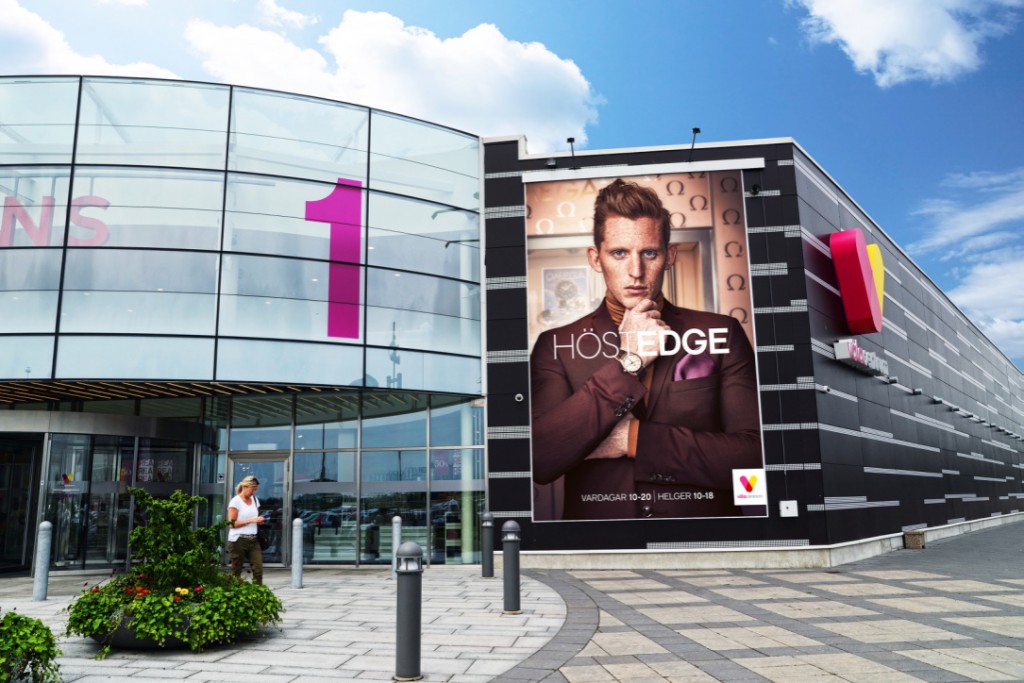 Over the last few years redheaded models with a healthy dose of freckles have gotten a major boost in the eyes of the public thanks to the work of leading photographers like Michelle Marshall, Maja Topcagic and her 2015 photo series “Freckled,” and Keith Barraclough’s “The Redhead Project,” but the list would not be complete without mentioning the innovative work of Thomas Knights.

In 2014 Knights released the Red Hot 100 book, a photo series that has been called ‘the ultimate bible for hot ginger men,’ and with his good looks and natural red hair it’s not at all surprising that Andreas Holm-Hansen made the cut, which makes him one of ‘the 100 sexiest Red Hot Guys in the World.’

Knights and Holm-Hansen clearly had a successful collaboration as the photographer called him back to shoot his newest exhibition and book “Red Hot II” earlier this year. Not only is Holm-Hansen featured throughout the book, but he also nabbed the cover shot for the “Red Hot II,” which was released in October. You can also check out Holm-Hansen in the highly seductive video that was made to promote the book, which reveals him in all is red headed freckled glory. Anyone who watches the video would find it difficult to say that Holm-Hansen is anything but on fire.

In 2012 Holm-Hansen also landed a featured role in the music video for three-time Grammy Award winning artist P!nk’s “Blow Me (One Last Kiss),” which has been astonishingly well-received by fans earning more than 72 million views on YouTube.

As a model Holm-Hansen’s international appeal has been a driving force in his success. Earlier this year he landed a massive campaign for Väla Centrum in Helsingborg, Sweden; if the local Swedes didn’t know him before, they definitely know him now, considering his face is plastered to the outer walls of the popular shopping center, and he is featured on the cover of the center’s Winter issue of Väla Magazine.

From massive billboards to a lengthy list of high-profile commercials, Holm-Hansen’s captivating aesthetic appeal has made him a go-to talent among advertisers across the world. Audiences across Europe will immediately recognize him for his featured roles in popular commercials for brands and organizations such as Miracle Whip, Telmore Play, Eovendo, Synoptik, Danske Bank, Norwegian Airlines, Komplett, The Zulu Comedy Festival and others.

In addition to being featured in a number of magazines such as Tantalum Magazine, Visionarios Magazine, Elléments Magazine and PAF Magazine, he’s also been the face of a number of massive print campaigns including B&O’s H6 Limited Edition, Phoamy, Arbejdernes Landsbank, DSB and Sundhedsstyrelsen’s Stop for 5.

One performance that really stands out though was when Holm-Hansen took to the screen in the recurring lead role of ‘Mad’ Mads Steen in the satirical series “Dreaming in Mono.” Presented mockumentary style, “Dreaming in Mono” follows the rivalry of two Nordic ski champions, one of which desperately wants to break a record on a monoski and starts his own team of underdog skiers who actually think it’s possible, they are Team Monoski!

We first encounter Holm-Hansen’s character ‘Mad’ Mads Steen trying to fix his broken down car in the middle of blizzard wearing nothing but his underwear, furry hat and boots, making it easy to see how he earned the nickname ‘Mad.’ Unfortunately for Mad his skiing skills have something to be desired, which makes total sense considering his prior ski experience consisted of using his ski poles to thrust himself across the flat grass-covered lands of Denmark. It’s not a stretch to say that Holm-Hansen is one of the leading comedy highlights in the series, as we continually watch his character lose his balance and flail uncontrollably down the slope every time he clicks into his skis and sets down on actual snow.

Mad could easily be considered Team Monoski’s awkward rebel, but his constant boundary pushing ways eventually put him on thin ice with his teammates. In fact, “Dreaming in Mono” dedicates an entire episode to an intervention with Holm-Hansen’s character where the team tries to get the brash Dane to curb his unsportsmanlike ways, which leads Mad to huff and puff and storm his way all the way back to his hotel room; but thankfully for the team he comes around in the end. 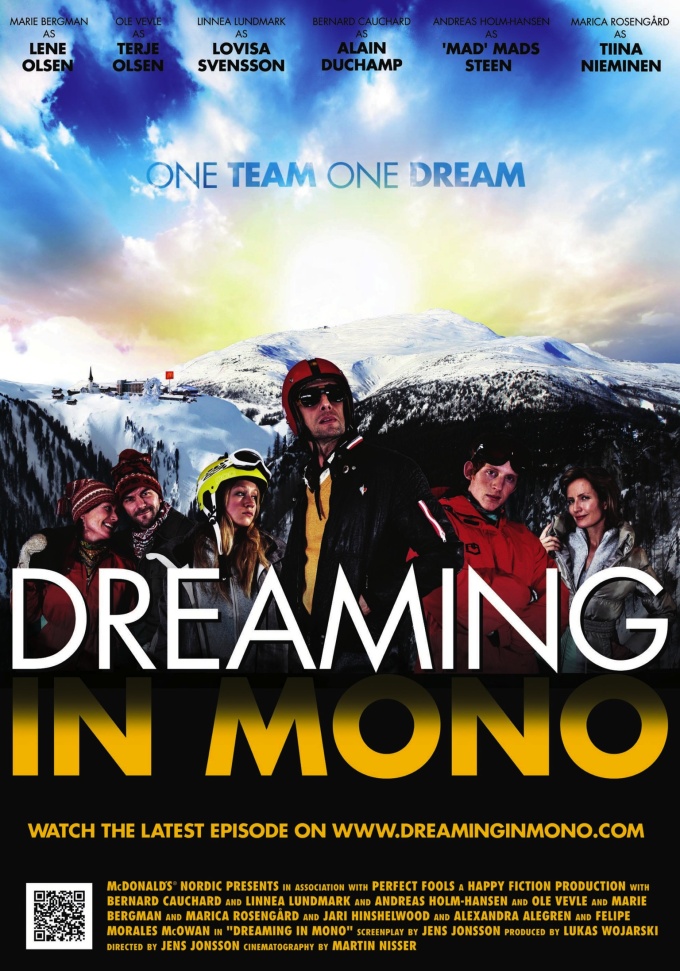 Poster from “Dreaming in Mono”

Produced by the Swedish production company Happy Fiction and created by the international creative agency Perfect Fools “Dreaming in Mono” was written and directed by multi-award winner Jens Jonsson, who earned the Grand Jury Prize from the prestigious Sundance Film Festival for the film “Ping-pongkingen” in addition to being nominated for two Guldbagge Awards, which are the Sweden’s equivalent of an Academy Award.

The seven episode series was broadcast by four major TV networks in the Nordic countries, with Andreas Holm-Hansen dazzling audiences the whole way through. The series, which was ironically created to promote McDonald’s in the Nordic countries, but rarely,  if ever, mentions  the fast food chain verbally, also stars Bernard Cauchard (“Superhjältejul,” “It’s My Turn Now”) and Alexandra Alegren (“Gåsmamman,” “Madness of Many,” “Olivia Twist”).

With a rather astonishing list of leading roles in film and television projects, and even more high-profile modeling campaigns already under his belt, Andreas Holm-Hansen is one of the few actor/models we can confidently say will be doting his wide-spread talents upon both industries for years to come, so make sure to keep your eyes peeled for this talented Dane.