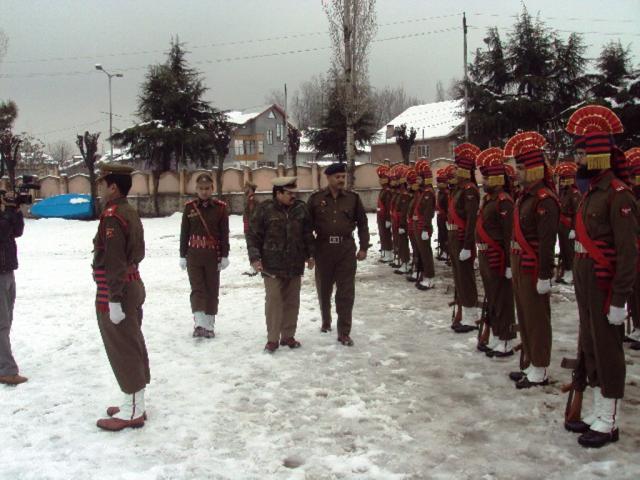 , January 19(Scoop News) –J&K State Disaster Response Force today celebrated its  1st Annual Raising Day at  SDRF Headquarters Burzalla Srinagar. Mubarik Ahmad Ganai, Dy Inspector General of Police, Home Guards , Civil Defence & SDRF Kashmir was the Chief Guest. He took salute of March Past and inspected the parade. Speaking on the occasion Ganai said that SDRF was created to save lives of people in the event of any disaster. He implored the jawans to work with dedication, devotion and sincerity. He made them aware of their responsibilities towards people at the time of distress. He informed that three batches of SDRF have been imparted specialized disaster preparedness and response training and that some selected jawans would be sent for further specialized training outside the State. He asked SDRF jawans to work hard so that the can become a role mode for others as has been the case with National Disaster response Force (NDRF).