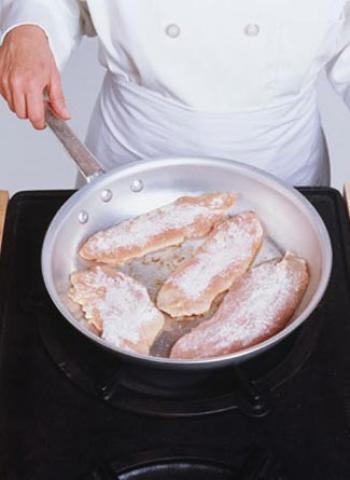 We keep hearing about the health benefits of eating fish, but at the same time, we’re warned that eating too much fish could expose us to unsafe levels of mercury and PCBs. There’s also over-fishing, pollution and habitat destruction to consider. So what’s a responsible consumer to do?

By following a few guidelines from the Environmental Defense group’s Ocean Alive project, one can minimize the risk and learn how to make smart choices that are good for us and for the oceans.

Fish can pose considerable health risks when contaminated with metals (e.g., mercury and lead), industrial chemicals (e.g., PCBs) and pesticides (e.g., DDT and dieldrin), which build up in your body over time.

• Children are especially sensitive since their nervous systems are still developing.

• Developing fetuses are exposed to stored toxins through the placenta—which means that mothers may be putting their children at risk if they eat contaminated fish even before becoming pregnant.

Did you know that the two most popular types of canned tuna—white and light—actually vary greatly in their average mercury content?

Canned light tuna usually consists of skipjack, which has about one-third the mercury levels of albacore.

Although canned light tuna is the safer of the two options, in general it’s always best to exercise caution in how much tuna you (and especially your children) consume.

Find a good vendor: Look at the market’s overall appearance, note how fish are stored (they’re best kept on ice), and don’t be afraid to ask questions.

Check for freshness and quality: A whole fish should have a clear, glistening surface with no brown spots. Fish should have only a mild briny smell, not a strong fishy odor. Flesh should look translucent and be firm and elastic to the touch.

Consider frozen: Frozen fish may be in better shape than fish that have sat in a hold at sea for days before being sold as fresh. Well-frozen fish should be hard as a rock and have no white freezer-burn spots.

Substitute: Many fish are similar in flavor and texture, so try substituting well-managed species for depleted ones, such as farmed striped bass for orange roughs.