The nun with the baking tray covered in aluminium foil came over to the stop where we waiting to catch the bus from Catania to Taormina in Sicily. A teenage girl instantly stood up and offered the nun a seat,  which was gratefully accepted. In return, the nun offered the girl the tray, […]

The Metlife Foundation and the Enterprise Foundation share a common commitment in building healthy communities. Began in 1996, the group recognizes nonprofit groups for innovation in two main areas: supportive housing and property asset management.    The “Awards For Excellence In Affordable Housing,” represents models that serve as inspiration for other groups with a desire […]

The sun was setting as the Iran Air Jumbo Jet taxied gently down the runway of Dubai International Airport in the United Arab Emirates. I admired the view of Dubai’s modern architecture as we took off into the clear sky over the Persian Gulf and banked eastwards. I was flying to Tehran a day ahead […] 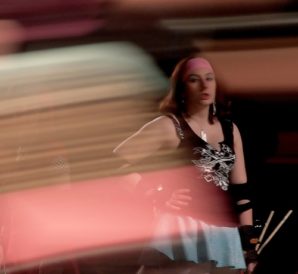 In a town where it rains more than half the year, there’s plenty of time to stay indoors and dream. Perhaps that’s why Portland has such a hot fashion scene these days, or maybe it’s just that the rest of the world is starting to notice what’s always been here. As featured in the Portland […]