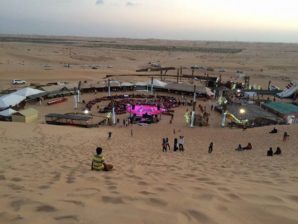 When you are traveling Abu Dhabi, a tour to the desert is always on the cards. It is a unique and extravagant experience that should not be missed in any case. However, it happens that people postpone or cancel the idea of enjoying the desert trip because they find it quite expensive. The tours are […]

KNOW OSAMA-BIN-LADEN, A MYSTERIOUS PERSONALITY Born in 1957 from Syrian mother, Osama Bin Laden was the seventh son among fifty brothers and sisters His father Mohammed Awad bin Laden came to the kingdom from Hadramout (South Yemen) sometime around 1930. The father started his life as a very poor laborer (porter in Jeddah port), […]