PFM Trading: Japan’s Topix has its biggest daily gain since 2008 on hopes Bank of Japan will ramp up stimulus. PFM Trading says Japanese equities rallied after a week of steep losses on the TOPIX and the Nikkei 225. The Topix logged its biggest gain in over 7 years driven by investor speculation that stocks […]

Cannabliss reports an ex-Congressman has started a pressure group that will lobby legislators to legalize medical marijuana in the state of Kentucky. Cannabliss, the Florida-based wholesale distributor of medical and legal recreational marijuana products has welcomed news that a former Kentucky congressman has launched a group that will campaign to have the use of medical […] 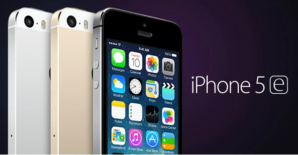 According to a report on a Chinese tech news website released on Jan-11-16, the Apple iPhone 5E will launch in March. While Apple fans are still awaiting an official announcement, reports from several sources suggest that the company is all set to launch their next iPhone early this year. Earlier it was speculated that the […]

Cannabliss: Pittsburgh City Council has approved legislation decriminalizing small amounts of marijuana. Cannabliss, the Florida-based wholesale distributor of medical and legal recreational marijuana products has welcomed news that Pittsburgh City Council has approved legislation that means that people found in possession of small amounts of marijuana will no longer be automatically sent to prison. Amounts […]

Colver Technologies: The ongoing supply glut continues to frustrate the market’s attempt to stage a sustainable rally. According to Colver Technologies, the ongoing supply glut in crude oil continues to frustrate any attempts by the market to stage a meaningful rally and with WTI briefly breaching the $40-a-barrel level to the downside recently, consensus across […]