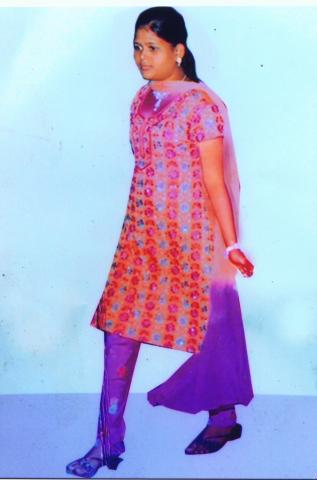 Sunil Das’s nightmare began on November 22, 2010 when he lost contact with his minor daughter Madhu. She went to Delhi accompanied by a relative Shima Das for a better living. Doman Das and his wife Sabitri told Sunil, a cobbler of Central Calcutta that she could earn enough money by running a beauty parlor after training at Delhi. Their daughter Shima who lives in Delhi had promised her work. Madhu’s parents felt proud that their daughter could help support them. Madhu thought she could help her improverished parents. But the dreams were short-lived. As the day wore on, Sunil and his wife grew more concerned because madhu hadn’t phoned them. " Doman Das suggested me to go to Delhi. I went to Delhi accompanied by him to trace out my minor daughter. But seeing me, Shima became furious and told me blantly that my daughter could be traced on spending Rs 50,000 To 60,000 ($ 1,000 to 1,200) but I could not meet their demand and returned empty handed. After returning from Delhi, I went to Liluah Police Station, Howrah to lodge a missing persons reports (GDE 222/10)," Sunil said. He again lodged a FIR under the section of 363 of the Indian Penal Code (IPC).Even after repeated pleas from Sunil and his wife,police did not start to take action.Sunil alleged that after she arrived in Delhi, Sima sold her to a brothel. Confined and beaten, the frightened teenager might be force into prostitution.He also lodged another general diary to CID but even that hasn’t helped.
" Insufficient laws, poor enforcement, ineffective penalties and minimal chances of prosecution play a role in thriving sex trafficking," Mahesh Gupta, a social activist said.Recently, Sunil accompanied police officers on a raid of the residence of Sabitri Das at Rohini, Delhi, arrested her and brought her back. But she was not produce in Court. Bikram Thapa, the Investigating officer of the case refused to comment on this matter. Sunil also started receiving threatening phone calls from Doman Das and others. But he refused to be cowed and he only wants to trace out his beloved daughter.