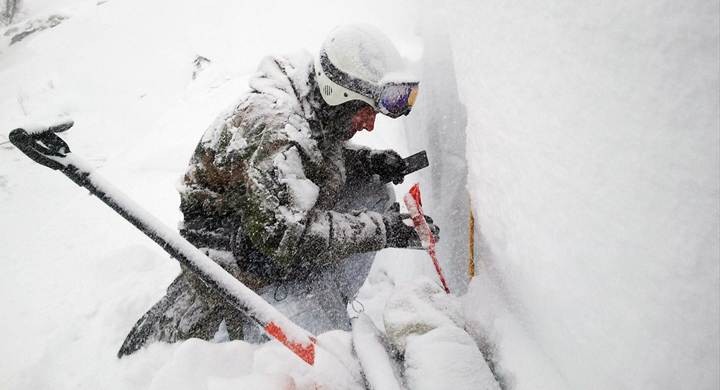 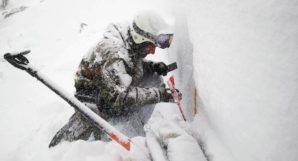 Norway is the best trained most professional military force on earth. It is also one of the most educated in terms of it’s individual soldiers – well beyond the standards currently set by the U.S. military. What also passes for professionalism in the U.S. military would never pass muster in the Norwegian armed forces. Such things as sexual assault and misconduct would get you booted from the Norwegian military so fast it would make your head spin. Soldiers here often times spend a lifetime in service to their country. Their personal dedication to duty and country is extra ordinary. The Norwegian military also specializes in arctic operations and can operate in some of the most hashish environments on earth. Pictured here: Norwegian Arctic commando working in the field.

The Norwegian Armed Forces (Norwegian: Forsvaret, “The Defense”) is the military organization responsible for the defense of Norway. It is one of the best trained military’s in the entire world – without a doubt.

It consists of five branches, the Norwegian Army, the Royal Norwegian Navy, which includes the Coast Guard, the Royal Norwegian Air Force, the Home Guard and the Cyber Force, as well as several joint departments. The armed forces number 23,000 personnel, including civilian employees, and have a full-mobilization combat strength of 83,000 members.  (source: http://mil.no/Pages/default.aspx).

“Secretary Hagel thanked the minister for Norway’s continued contributions to NATO and international missions in Afghanistan, the Mediterranean and elsewhere around the world.  He commended Norway’s contributions to the ongoing maritime transportation operation to remove chemical weapons from Syria and noted progress on this important mission.

“The two leaders reaffirmed their commitment to improving the military capabilities of the alliance, particularly in an era of reduced defense spending, and to working closely together to find other ways in which our bilateral relationship can be advanced.

“The secretary highlighted the planned deployment of a Norwegian ship to the upcoming Rim of the Pacific (RIMPAC) exercise as a symbol of Norway’s commitment to sharing the burden of maintaining global security.  He also thanked the Norwegians for their continued support for the U.S. Marine Corps Prepositioning Program-Norway.

“Finally, the leaders shared perspectives on challenges and opportunities in the Arctic, and the value of cooperation with regional partners on issues ranging from economic development to management of new shipping lanes” (source: DOD http://www.defense.gov/releases/release.aspx?releaseid=16477).

For more information on the Norwegian military see website: http://mil.no/Pages/default.aspx