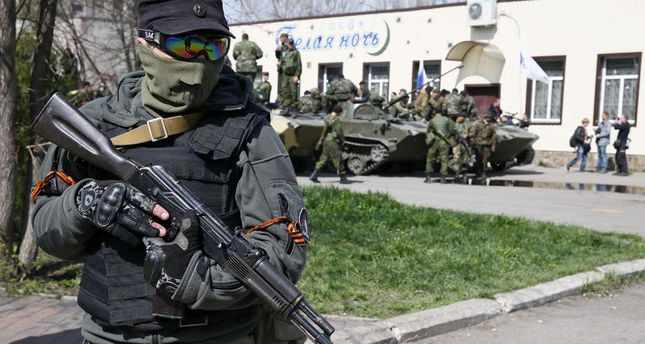 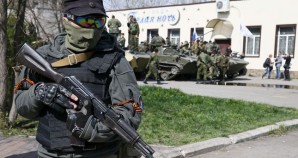 “The two leaders met on the sidelines of the NATO Summit in Wales.

Secretary Hagel praised the actions of the Ukrainian armed forces in their current engagements in Eastern Ukraine and pledged continued U.S. support for their efforts. Minister Heletey thanked Secretary Hagel for that support, which includes millions of dollars of non-lethal material and assistance.*

Secretary Hagel underscored calls by the United States, NATO and the European Union for Russia to immediately withdraw its forces from Ukraine, halt support for Russian separatists and honor its international obligations. Minister Heletey also reiterated Ukraine’s commitment to democratic ideals and its commitment to working with its European partners.”

Note: Russian sources say the Ukrainian military is committing act tantamount to “war crimes” against civilians in that country, including, but not limited to such acts as “shelling residential area with artillery fire.”

A fact the US is seemingly choosing to ignore for some reason?

Note: * “Non-lethal” military aid is defined as anything that’s not specifically designed to kill someone on the battlefield.

Title 10 of the U.S. Code, which defines the role of the armed forces, describes “nonlethal supplies” as anything that “is not a weapon, ammunition, or other equipment or material that is designed to inflict serious bodily injury or death.”

In other words, communications equipment, intelligence assistance, body armor, and infrastructure are fine. Guns, ammunition, mines, bombs and missiles are not. It’s a vague definition at best.  A radio transmitter can kill a lot more people than a machine gun if, say, it’s used to call in an airstrike on people or trigger an improvised explosive device for example.