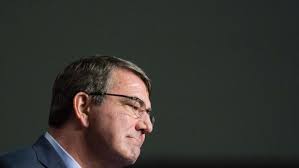 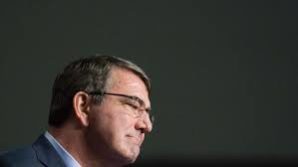 On Monday, April 6, Secretary Carter will launch his first trip, focused on strengthening and modernizing America’s alliances in Northeast Asia with stops in Japan and the Republic of Korea.

“Over the next two months, Secretary of Defense Ash Carter will make two visits to Asia to affirm defense relationships with allies and build upon key initiatives of the rebalance to the region.

On Monday, April 6, Secretary Carter will launch his first trip, focused on strengthening and modernizing America’s alliances in Northeast Asia with stops in Japan and the Republic of Korea.

On the way to Japan, he will deliver remarks to students and faculty at the McCain Institute of Arizona State University in Tempe, Arizona about the strong link between national security and economic security and the full-court press the administration will continue to take on the rebalance.

Secretary Carter will then travel to Japan arriving late in the evening of Tuesday, April 7. On Wednesday, April 8 and Thursday, April 9 he will meet with senior Japanese officials to discuss the defense strategic guidelines review and a number of other matters of mutual interest ahead of Prime Minister Abe’s visit to Washington at the end of April. Secretary Carter will arrive in Seoul on Thursday, April 9 and on Friday will meet with senior government officials to reiterate the United States strong commitment to Republic of Korea’s security and discuss regional issues. In both countries Secretary Cater will also meet with U.S. service members and their families.

On Saturday, April 11, Secretary Carter will visit U.S. Pacific Command in Honolulu, Hawaii. He will return to Washington on Sunday, April 12.

In May, Secretary Carter will make his second trip to Asia focused on building and strengthening the United States’ growing partnerships in South and Southeast Asia. Secretary Carter will address the Shangri-La Dialogue in Singapore, which he views as an important opportunity to engage with Singapore and other key partners in Southeast Asia. Secretary Carter will also visit India, where he is looking forward to building on President Obama’s visit earlier this year by further strengthening U.S.-India defense cooperation — including the Defense Technology and Trade Initiative that Secretary Carter started when he served as deputy secretary of defense — and by engaging India further on other Asia-Pacific issues. More information on this visit will be made available in the coming weeks.”

This comes on the heels of a U.S., China first ever Asia-Pacific Security Dialogue https://www.youtube.com/watch?v=X3aSTYex_SU