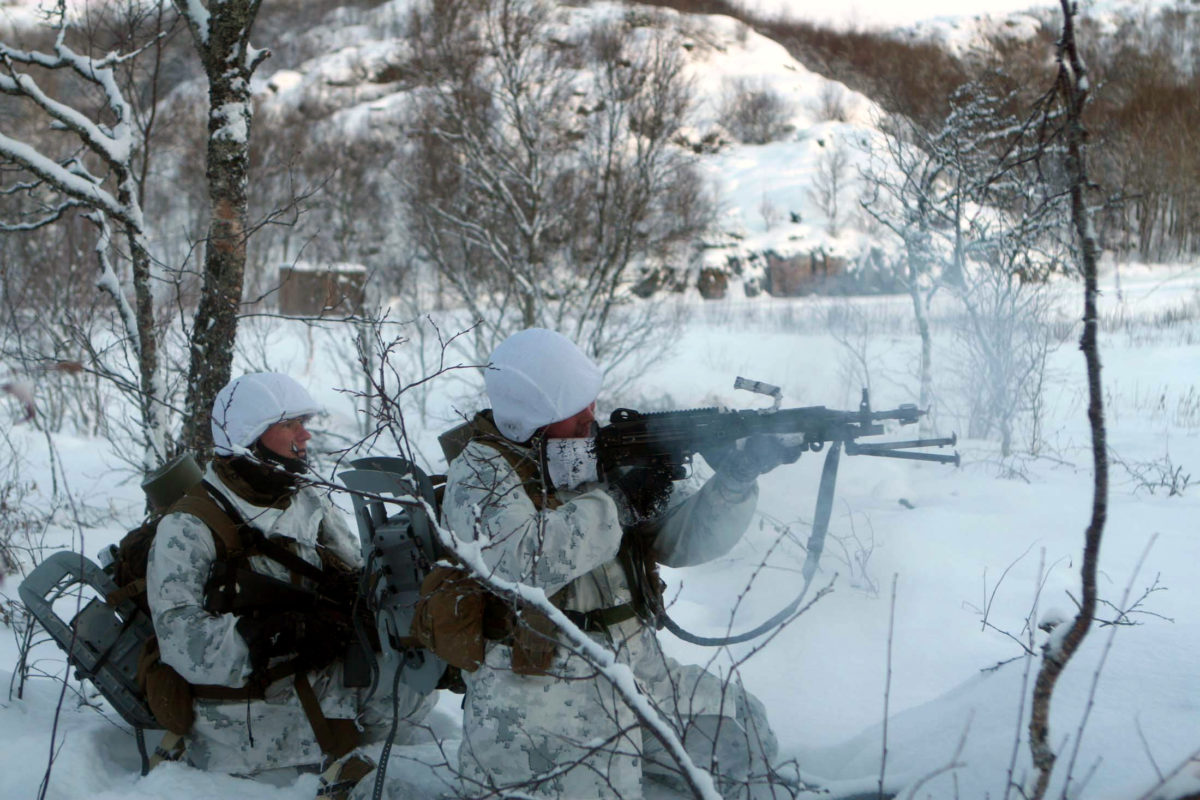 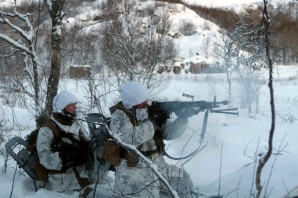 Marines with 2nd Battalion, 25th Regiment open fire upon a mock enemy force during a raid in Acrtic warfare exercise.

On May 6, 2014 Secretary of Defense Chuck Hagel gave a rather interesting speech at the Chicago Council on Global Affairs where he briefly spoke about the Arctic region.

“We also must adjust our capabilities to meet new global realities, including environmental changes.  Just today, the nation’s top scientists released a national climate assessment that warns us in very stark terms that the effects of climate change are already becoming quite apparent.

One area where we see this is the Arctic.  The melting of gigantic ice caps presents possibilities for the opening of new sea lanes and the exploration for natural resources, energy and commerce, also with the dangerous potential for conflict in the Arctic.

The Defense Department is bolstering its engagement in the Arctic and looking at what capabilities we need to operate there in the future, as described in DOD’s first-ever Arctic strategy that I introduced at the Halifax international security forum last November”, said Hagel (source: DOD http://www.defense.gov/Speeches/Speech.aspx?SpeechID=1845).