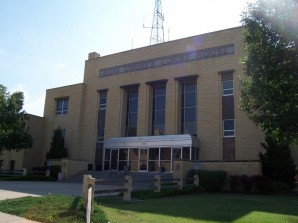 I have been working on trying to secure the county courthouse building in Hays, Kansas for 3 years now. Even suggesting more than a half dozen specific ways to secure the building from various risks including those posed against judges and prosecutors.

Ellis County Courthouse security issues should include discussions of the “lack of coordination” among law enforcement agencies, within state jurisdiction, or between states to share threat information against judges.

Something that is simply not happening now.

Judges, after all, are the targets of most threats directed at the judiciary itself.

They are therefore deserving of particular attention here as well.

In other words, the threats reported didn’t always get reported or shared with other local law enforcement agencies, making tracking of threat risks all the more difficult in some cases.

This kind of delay could potentially cost someone their life.

The question is how can we avoid this from happening here in Kansas, more specifically in Ellis County? We  should adopt such laws here,  especially in light of the hundreds of threat against judges every year in Kansas.

In terms of security, I would eventually like to see a walk-through metal detector and X-ray machine for the courthouse.

I would also feel more comfortable with three armed sheriff deputies at the courthouse at any one time, instead of just the two being proposed now, to include someone additional for the night shift doing such things as perimeter checks around the courthouse and parking lot.

I would look at installing locks inside the courtrooms, so people could lock themselves down in the case of a shooting inside the building. I would install panic buttons in courtroom so judges can alert security in case of a problem.

Of course, you also want highly competent and professional officers who will be able to scan the area for anything out of the ordinary or unusual, while at the same time being able to keep track of and profile people coming in and out of court.

That is something that isn’t being done now for whatever reason and points to the complete utter incompetence of the local sheriff in Ellis county, who just doesn’t get it.

All this takes on more urgency in light of the failed attack recently by a deranged man on a Georgia Court House a few days ago.

Filed under: Local Government, News
Share Tweet Pin G Plus Email
previous article: U.S. Navy unable to counter Iranian sea mine threat
next article: We should use the Quran as a weapon against the terrorists