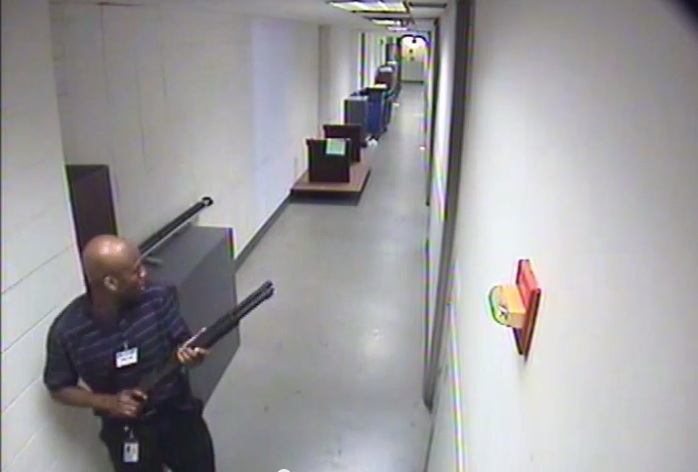 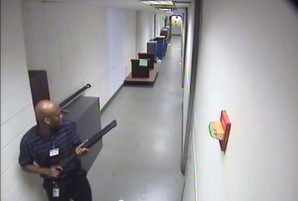 On September 16, 2013, Aaron Alexis, a Navy contractor employee with a Secret security clearance, shot and killed 12 U.S. Navy civilian employees and wounded several others at the Washington Navy Yard.

On September 16, 2013, Aaron Alexis, a Navy contractor employee with a Secret security clearance, shot and killed 12 U.S. Navy civilian and contractor the security at the Washington Navy Yard.

But how did he do it? Answer: He simply walked right in using his valid building pass and Top Secret security clearance to gain entry to Building 197 – no questions asked.

It also seems that security did not properly vet or search Alexis or his bag on his way into the facility.

According to an internal review:

“Although DoD processes and procedures related to access to facilities by cleared personnel appear to be adequate, the review revealed that some DoD Components are not in compliance with DoD policy on visitor access control.

These systems do not meet the intent of DTM 09-012, as they use only a public records check and are not interoperable, nor do they support a DoD-wide access control capability. A recently issued DoD Inspector General report27 noted a key finding that numerous contractor employees were enrolled in a commercial access control system and received interim installation access and a local access credential without having their claimed identities vetted through mandatory databases such as NCIC and TSDB. This occurred in attempts to reduce access costs. OMB memorandum 05-24 directs that government employees and contractor personnel requiring routine physical access to an installation for more than 6 months must receive a personal identity verification credential, such as a DoD CAC, and successfully complete a National Agency Check with Written Inquiries (or higher) investigation.

Although it appears physical security policies at the Washington Navy Yard were aligned and nested with Department of the Navy and DoD policies, there were some shortcomings in the implementation and execution of these policies.

The review revealed that random antiterrorism measures (RAM) and vehicle inspections were not being conducted regularly as required under DoDI 2000.16, “DoD Antiterrorism (AT) Standards.” Installation antiterrorism plans and local vulnerability assessments were not completed in accordance with DoD antiterrorism policy. Further, visitors were not properly vetted in accordance with DoD physical security policy. We do not believe these concerns are isolated to the Navy Yard. Common observations from Joint Staff Integrated Vulnerability Assessments (JSIVAs) identified:

Filed under: Military, News
Share Tweet Pin G Plus Email
previous article: Investigation reveals that Aaron Alexis was not properly vetted or searched by security upon entering the Washington Navy Yard on September 16, 2013
next article: Rape Victim in Nepal faces job eviction after reporting the case in Court