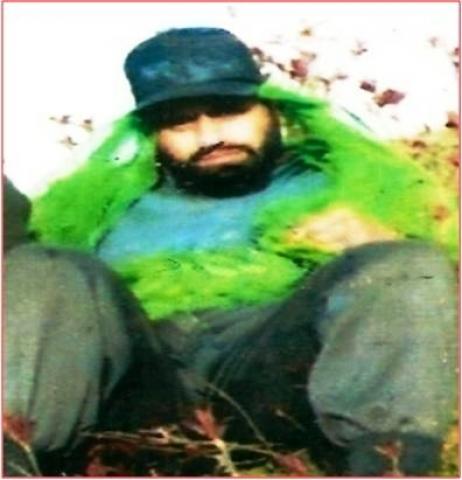 Defence sources said that the operation was completed in early hours of morning today in Marmat area of Doda District.

Based on input received from intelligence agencies about presence of one hardcore terrorist in the Kaundi area of Marmat, a joint operation was launched by Army and local Police on Saturday resulting in elimination of the hardcore Hijbul Mujahiddin terrorist.

On spotting the terrorist, he was challenged by the security forces and asked to surrender but instead he fired indiscriminately on security forces who retaliated and pinned him down. The recoveries made from the slain terrorist included one Chinese Pistol, two magazines and Pistol ammunition. Azad was involved in a series of civilian killings, Planting of IEDs and extortion and number of cases were registered against him with Doda Police.  The militant was active in the area since Jun 1998.

Azad Hussain had been involved in large number of terrorist activities like killing, extortion and loot.  Active since 1998, he killed a TA jawan Sep Ajad on 14 Sep 05.  In Aug 2007 he killed his own wife Mubina Begum and married another woman Najiya.  He also killed other innocent people like Mashqoor and Riyaz Jaral in June and July 2010 respectively.

Azad Hussain also had a terrorist brother Atta Mohd who was killed in a security forces operation in 1995.

The operation was conducted in a surgical manner with zero collateral damage by troops of Rashtriya Rifles Battation of Counter Insurgency Force (Delta) alongwith J&K Police exhibiting a high degree of synergy between the Army and the Police force.