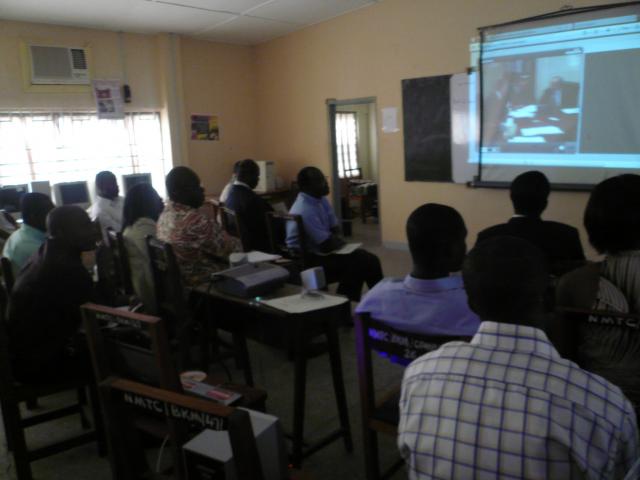 BEREKUM, GHANA- Student leaders and notable faculty from the Catholic University of Sunyani convened at the Holy Family Hospital in Berekum yesterday for an interactive seminar on alternate dispute resolution.

In order to initiate the first phase of Alternate Conflict Resolution in Sunyani, a mock arbitration was broadcast live from the the Feerick Lynch MacCartney law firm in New York to onlookers in Berekum.

Citing the overload and oligarchical nature of the judicial system, Dr. Ephraim stressed the importance of alternative arbitration in addressing small scale land disputes, tribal conflicts, and family issues which are not adequately addressed by the courts. Due to the courts’ inability to reach agreements suitable for all parties involved, such conflicts may go unresolved for years and fester into widespread dilemmas. Alternative Arbitration seeks to alleviate potential dissatisfaction of the losing party by promoting unity through mutual agreements.

The student leaders will travel to New York this summer to be trained in dispute resolution techniques by the American Arbitration association.