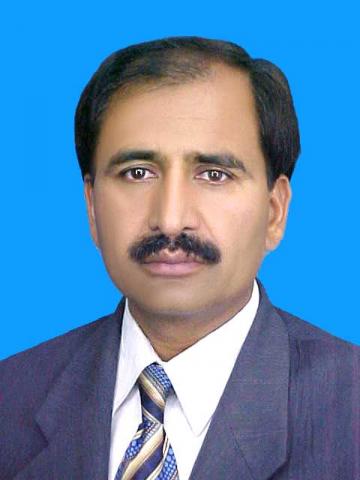 One Day Seminar on women Rights Chitral held by LAFH.
CHITRAL: A one day seminar on Women rights was held at Community Based Girls Higher Secondary School at mountainous valley of Breshgram (Susom Valley) organized by Legal Aid Forum for Human Rights (LAFH) in collaboration of Political Empowerment of Women Program (TROCAIRE) on November 8, 2007. Maulana Israruddin Alhilal Chair person Board of Director LAFH was chief guest on the occasion while the ceremony was presided over by Haji Khan President Breshgram Cluster. The program started with the recitation from the Holy Quran by Miss Nazia a student of the same school while Miss Haseena Bibi presented Hamd and Miss Aashi read Naath Sharif. Niaz Ali Shah General Secretary (LAFH) introduced his organization which working free of cost for deserving and needy people of Chitral. Niaz A Niazi Advocate President LAFH highlighted human and women rights as UN human rights charter and Pakistani Law. He also explored body Structure of LAFH. Niaz A Niazi also told the participants that TROCAIRE Chitral has facilitated LAFH to conduct this workshop on women rights/women empowerment. he also emphasized on students to carry forward the agenda of Human rights/women rights as part of their education because tomorrow the students would be in a position to safeguard the human rights in future in their practical life.

Mrs. Ghazala Afzal Vice President LAFH spoke on women rights and stressed upon women education for development. She emphasized on involving of women folk in decision making. Miss Farhana a student of 2nd Year delivered speech on Child rights. She stressed upon students to motivate those children who not goes to school toward education. Students played vital role in war of independence and revolution of freedom she added. Syed Akram Shah vice Chair Person BoD stressed upon mutual harmony and eradicating of sectarianism evils from this peaceful zone. He said Islam also stressed upon keeping peace. He said that main objectives of LAFH is to come together both community one plate form and to enhance mutual harmony for maintaining peaceful atmosphere of Chitral. He quotes examples of some religious scholars who given message of peace and were respectable and accepted to both communities. He said Ismaili and Sunny are brethren and should play equal role for maintaining peaceful atmosphere in Chitral. He thanked TROCAIRE for funding LAFH to organize such fruitful seminar.

Maulana Israrud Din Alhilal Chair person BoD of LAF explained women rights on Islamic point of view. He said sermon of the Holy Prophet was the first and main charter of women empowerment who said that Paradise under the feet of your mothers. He said that the Holy Prophet PBUP has ordered the Muslims to respect their wives. He said Islam has banned getting of money on daughters. Those who taught 2 daughters and married them with Islamic way he will be neighbor of me in Paradise the Holy Prophet Maxim who also restricted and prohibited Muslims from beating wives on faces. Israruddin announced on the occasion that some 30 Students from Ismaili Community would be settled at Al-Khitmat hostel Chitral. He stressed upon the participants to must educate your daughters as there is no restriction in Islam on women education. Haji Khan Principal of Breshgram cluster thanked LAFH for conducting this workshop and assured of their full support to organization. He said that LAFH is only plate form who called leaders and religious scholars of both communities on one plate form. Principal of the School also expressed their views. A question Answer session was also held where students of this institution and other participants belonging to all walks of life asked some questions regarding women rights and women empowerment. They were responded by the panelists. Some 164 participants including women folk and students, teachers, and elites of the area attended the seminar. At last Khaleefa of the area concluded the ceremony with his prayer words. A lunch was hosted in honor of participants
G.H. Farooqi M & E Officer LAFH Chitral PO Box No 50 GPO Chitral Pakistan. Telephone No. 0943-302295, 414418 , cell phone 0302 5989602, 03469002167