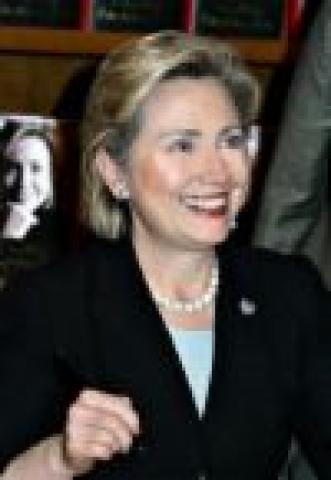 Senator Hillary Clinton is going back to the Senate hall today not to report for work as the Senator from New York but to answer questions from her fellow senators about her new job as Secretary of State.

President-elect Barack Obama has appointed Hillary Rodham Clinton as his new Secretary of State and she has to be confirmed by the US senate before she takes on her new job.

Senators are expected to throw pointed questions at Hillary Clinton and some of these questions include her husband’s financial ties with various organizations and his fundraising activities for charitable institutions from around the world. She will also have to make her stand on the on-going Israel-Hamas conflict.

The senate foreign relations committee will definitely want to listen to what Hillary will say about other equally important issues including her stand on Iraq and Afghanistan, Iran, North Korea and Pakistan. The US relations with these countries are constantly being put to test because of their radical views and political differences.

It seems though that Senator Hillary Clinton will pass the interviews with flying colors. Aside from her good rapport with the members of the foreign relations committee, Clinton certainly knows her job. ‘She is a very competent and qualified candidate’ said Senator Johnny Isakson, R-Georgia, a member of the panel that will question Clinton. I’ve seen her work in the senate; I’ve been in the same committees. She’s proven herself to be a hard worker and very competent individual’

The senators do not expect a prolonged hearing compared to the hearing confirmation of Condoleezza Rice when she was appoint State Secretary by President George Bush. Some members of the foreign relations committee said that Clinton may be confirmed Thursday at the earliest.

The hearing will be chaired by Sen. John Kerry who is taking over from Sen. Joe Biden who in turn will leave to assume the vice presidency. Kerry has schedule a one-day hearing only indicating that democrats do not expect much opposition from the members especially from the republican senators