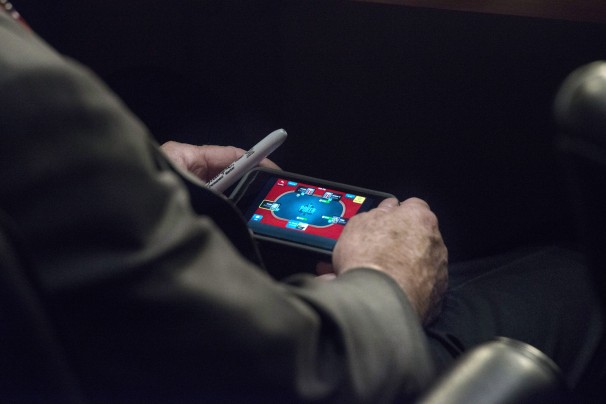 The now famous picture of Senator John McCain of Arizona wasting time and playing video poker during extremely important hearing in the Senate. Another example of a member of the US Senate acting “irresponsibly” as it were.

On September 27, 2013 Rep. John Culberson  of Texas asked for and was granted permission to address the United States House of Representatives for one minute regarding the issue of defunding ObamaCare …

As you can perhaps imagine that raised a few eyebrows in Congress.

“Mr. Speaker, my colleague from Oregon is correct. It is important that the Congress get our work done on making sure that our military is fully funded and paid, that our veterans, the military construction, the bases around the world are taken care of, that Homeland Security is taken care of. But we have done that. It has already been done in the House.”

“We are committed as constitutional conservatives to doing everything in our power to make sure that we delay and defund ObamaCare. But at the same time, we have already done our job in making sure that our military–our men and women in uniform–have everything they need if the Senate will only do their job”, said Rep. Culberson (source: Congressional Record http://thomas.loc.gov).