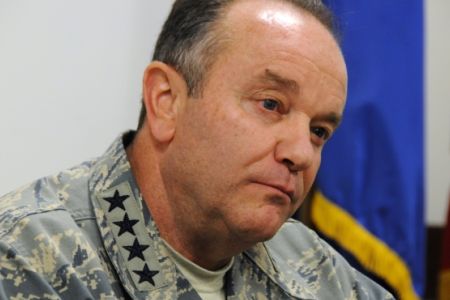 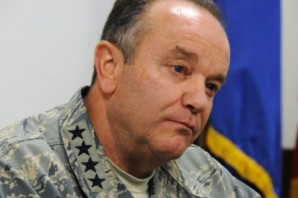 According to the U.S. Senate Armed Services Committee website, there is to be a closed door hearing on the situation in the Ukraine on May 1, 2014. The “blip” read as follows:

Location: Room SVC-217, The Office of Senate Security in the Capitol Visitor Center

To receive a briefing on the Ukrainian crisis and Russia.

General Breedlove was commissioned in 1977 as a distinguished graduate of Georgia Tech’s ROTC program and was raised in Forest Park, Ga.

A Fighter Pilot by trade, General Breedlove is a Command Pilot with over 3,500 flying hours primarily in the F-16. He has flown combat missions in Operation Joint Forge supporting the peacekeeping operation in Bosnia and Operation Joint Guardian to implement the peace settlement in Kosovo.

General Breedlove earned a Master of Science degree in Aeronautical Technology from Arizona State University and a Master’s degree in National Security Studies from the National War College in 1995. General Breedlove also attended the Massachusetts Institute of Technology in 2002 as a Seminar XXI Fellow. He is a distinguished graduate of both Squadron Officer School and Air Command and Staff College.

General Breedlove holds various decorations and awards, including the Distinguished Service Medal, the Defense Superior Service Medal and four awards of the Legion of Merit.”