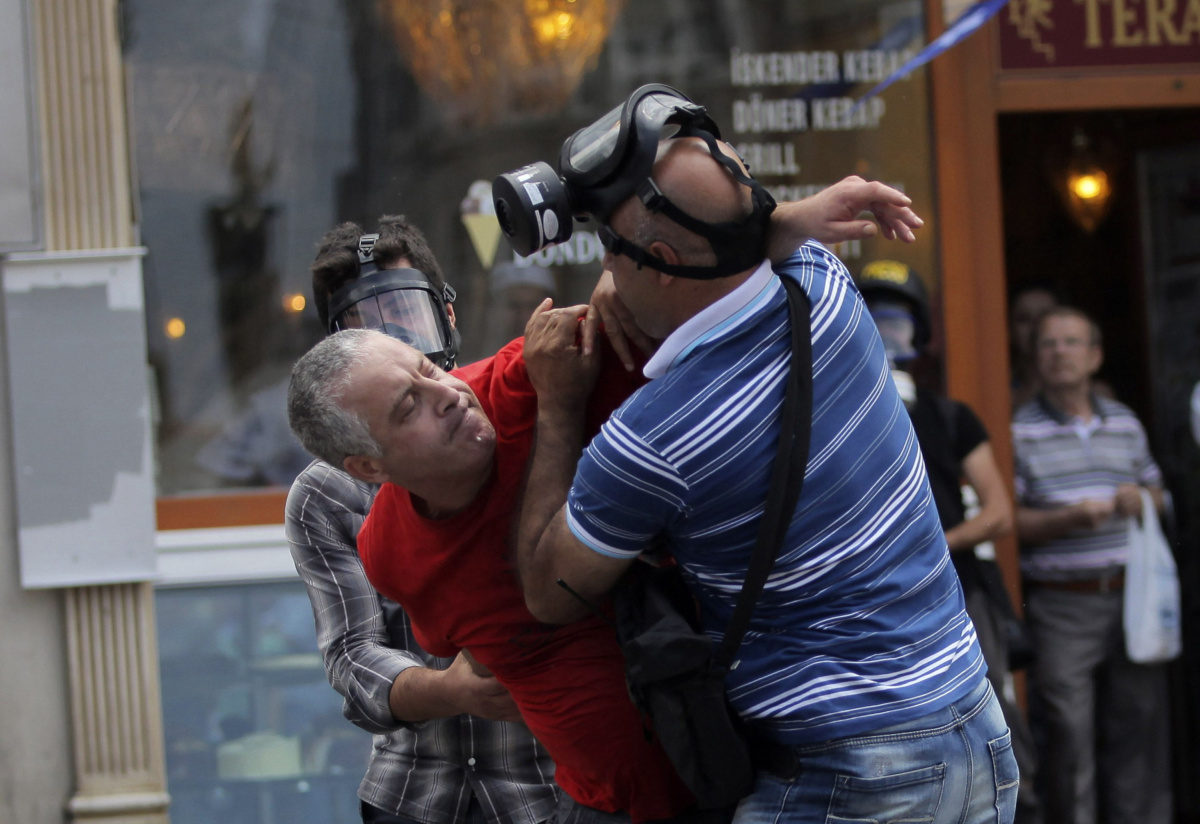 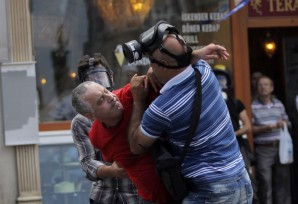 Beat down in Turkey: Plain cloths police try to effect an arrest on a anti government protester in Istanbul, Turkey. This follows moves to restrict Twitter and Facebook and other social media sites.

On March 27, 2014 members of the Senate submitted a resolution condemning the actions of Turkey (a NATO ally) in restricting social media sites and internet freedom.

The resolution read as follows:

“Mr. MURPHY (for himself and Mr. JOHNSON of Wisconsin) submitted the following resolution; which was referred to the Committee on Foreign Relations:

Whereas an independent, unfettered media and freedom of expression, including on the Internet and social media sites, are essential elements of democratic, open societies;

Whereas infringement of press freedom in Turkey is a serious concern, with more journalists currently imprisoned in Turkey than in any other country;

Whereas millions of people in Turkey, including senior members of the Government of Turkey, use Twitter and other social media sites to communicate on a daily basis;

Whereas the Government of Turkey imposed a country-wide ban on access to Twitter on March 20, 2014, blocking the use of the communications platform to engage in political speech;

Whereas respected nongovernmental organizations such as Amnesty International, Reporters Without Borders, and Freedom House have condemned the decision to block Twitter as an attack on Internet freedom and freedom of expression in Turkey;

Whereas the President of Turkey, Abdullah Gul, defied the ban to send out a series of tweets questioning the government’s actions;

Whereas the Turkish Bar Association argued that the ban is unconstitutional and in violation of Turkish and European human rights laws; and

Whereas, on March 26, 2014, the district court in Ankara, Turkey, blocked implementation of the ban because it may restrict the freedoms of expression and communication, which are protected by the Turkish Constitution and the European Convention of Human Rights: Now, therefore, be it

Resolved, That the Senate–

(1) condemns the Government of Turkey’s restrictions on freedom of the press, freedom of expression, and Internet freedom;

(2) recognizes the critical role that technology and social media sites play in helping independent journalists and the general public to communicate and access information;

(3) reaffirms the centrality of Internet freedom to efforts by the United States Government to support democracy and promote good governance around the world; and

(4) calls on the Government of Turkey to immediately end its restrictions on media freedom, including social media, and restore access to Twitter.”