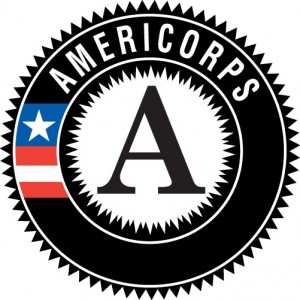 AmeriCorp members fulfill assignments in the fields of education, public safety, health care, and environmental protection. In exchange the federal government pays these mostly young people a few cents above minimum wage. This is far below what they would be paid for similar work in the private sector. Thus they are really no better than Walmart and McDonald’s when it comes to exploiting its workers, which they call “volunteers.”

On September 23, 2013 Dick Durbin of Illinois asked for and was granted permission to address the United States Senate regarding AmericaCorp – a corporation for national and community service, with over 80,000 participating in 2013. During his remarks the senator admitted that the federal government is largely exploitative of its members paying them only a few cents above the minimum wage standard in America in exchange for the hard work they do helping people in critical roles like education, public safety, healthcare and environmental protection and disaster relief.

“Twenty years ago, on September 21, President Clinton signed the National and Community Service Trust Act of 1993, establishing the Corporation for National and Community Services and its three main programs: AmeriCorps, Senior Corps, and Learn and Serve America. In Illinois and across the Nation, volunteers of all ages and backgrounds are stepping up to help others. More than 800,000 people have served as AmeriCorps members since 1994, and more than 1 billion hours have been invested in improving lives and strengthening communities. In Illinois, 30,000 Illinois residents have served 37 million hours through AmeriCorps, qualifying for Segal AmeriCorps Education awards of $93 million.”

“This year, more than 3,600 Illinoisans joined AmeriCorps to engage in results-driven service that meet education, environmental, health, economic, and other pressing needs in communities across our State. Young men and women in AmeriCorps accept challenging assignments in tough towns and neighborhoods”, he said.

“When the town of Joplin, MO, was devastated by a tornado in 2011, AmeriCorps members from Belleville, IL, helped with the recovery effort and with rebuilding the community. When low-income families are cash-strapped and hungry during the holidays, members of AmeriCorps prepare festive and nutritious meals at a community center in their neighborhood. Some volunteers have collected used children’s books for underserved preschool programs in southern Illinois communities. AmeriCorps members have provided tutors and mentors to strengthen literacy programs in approximately 30 local grade schools. These are a few examples of the service we see from AmeriCorps members. For their hard work, we pay them a few cents more than minimum wage and give them an educational grant to help fund their college expense”, said Durbin.

“In 2009, President Barack Obama signed the Edward M. Kennedy Serve America Act to expand AmeriCorps and volunteer opportunities in six key areas: disaster services, economic opportunity, education, environmental stewardship, healthy futures, and veterans and military families. I was honored to join my colleagues in support of this legislation and President Obama’s national call to service. These volunteer hours and this commitment can make a tremendous difference in giving people some hope and in giving them the basics that they need to survive. That volunteer spirit is part of America. It is an American value we cherish”, Durbin added.

“I urge my colleagues to join me in recognizing the hard work of these volunteers as the AmeriCorps celebrates its 20th anniversary”, Senator Dick Durbin (source: Congressional Record http://thomas.loc.gov).

Senator Dick Durbin is the Assistant Majority Leader in the U.S. Senate.