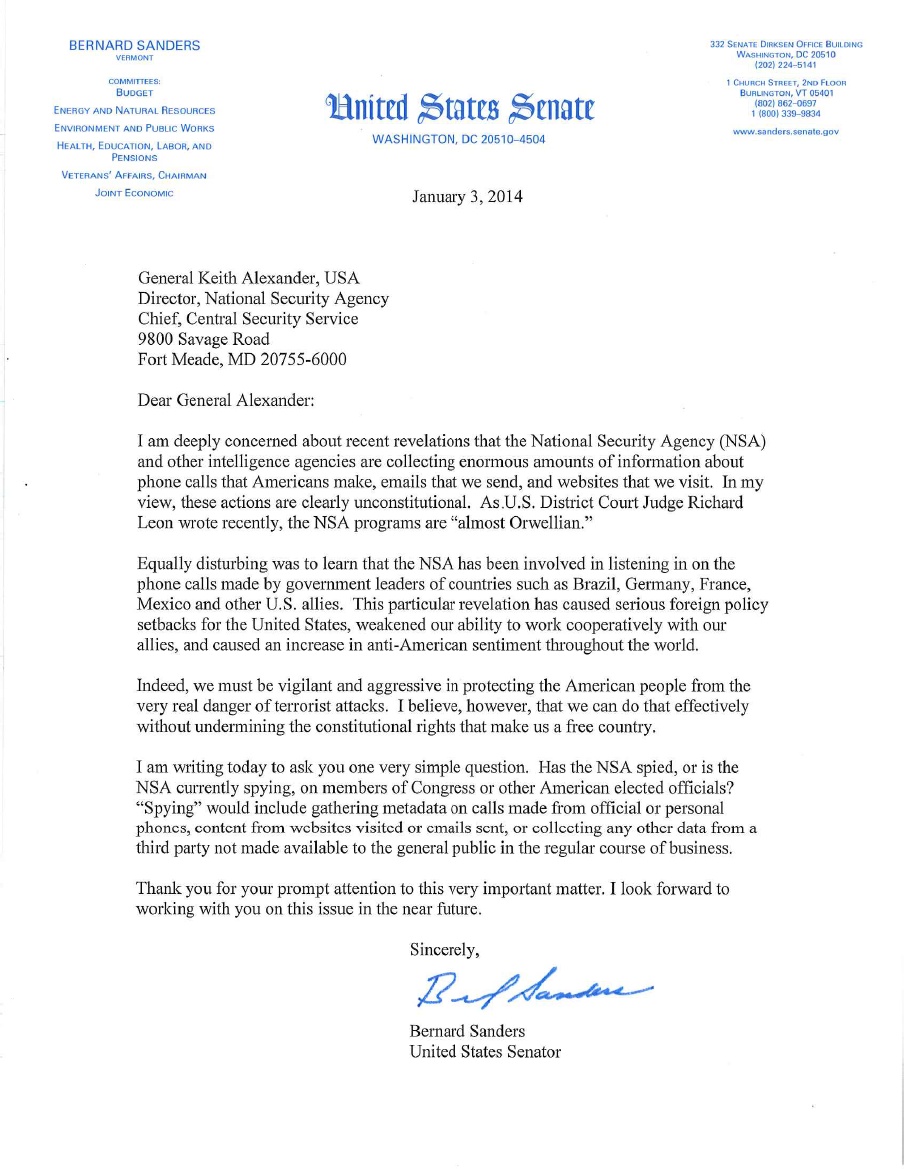 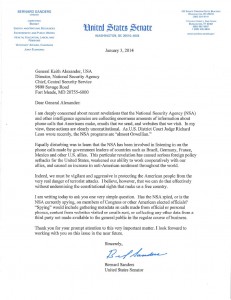 In a letter to the National Security Agency director, dated January 3, 2014  Senator Bernie Sanders of Vermont asked a simple question: “Has the NSA spied or is the NSA currently spying on members of Congress?”

Sanders said he was “deeply concerned” by revelations that American intelligence agencies harvested records of phone calls, emails and web activity by millions of innocent Americans without any reason to even suspect involvement in illegal activities. He also cited reports that the United States eavesdropped on the leaders of Germany, Mexico, Brazil and other allies.

“NSA’s SIGINT mission is specifically limited to gathering information about international terrorists and foreign powers, organizations, or persons. NSA produces intelligence in response to formal requirements levied by those who have an official need for intelligence, including all departments of the Executive Branch of the United States Government.”

Clearly the NSA has over reached its mission statement and exceeded the limits of its mandate.

This contrasts sharply with yet another Judge (william Pauley) ruling regarding the NSA  program who ruled the program is “perfectly constitutional” and did not violate the law (source: http://www.slate.com/articles/news_and_politics/view_from_chicago/2013/12/judge_pauley_got_it_right_the_nsa_s_metadata_program_is_perfectly_constitutional.html?wpisrc=burger_bar).

Confused yet? So is everybody else including Senator Sanders.