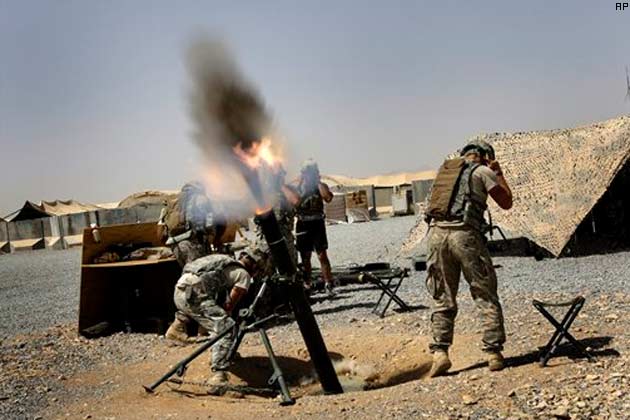 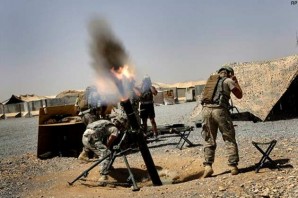 On May 1, 2014 Senator Carl Levin of Michigan, the powerful Chairman of the Senate Armed Services Committee  asked for and was granted permission to address the United States Senate for a few moments regarding the military situation in Afghanistan.

This is part of what he had to say:

“Mr. President, I just returned from a trip to Afghanistan and Ukraine where I reviewed the security situation in each country as chairman of the Armed Services Committee.

In each country, I met with military leaders and with civilian leaders and representatives of civilian society. The overwhelming impression I came away with is that American leadership remains critical, that others who are struggling for democracy and freedom see us as an essential friend and ally, and support for those who share those values must remain a cornerstone of our foreign policy and as essential to our own security.

In Afghanistan, I met with senior leaders of both our military and the Afghan military, including General Dunford, the commander of U.S. and coalition forces, and Afghan Minister of Defense Mohammedi. They reported that the transition of security responsibility to the Afghanistan National Security Forces–ANSF–has gone even better than we had hoped, with no significant loss of security in the country despite the withdrawal of tens of thousands of American and coalition troops. U.S. and Afghan leaders alike expressed satisfaction with the ability of the newly built and much larger ANSF to successfully protect the Afghan people, to defeat Taliban forces in combat, and to secure a series of major public events, culminating in the April 5 Afghan presidential election.

Our military commanders emphasized that while these gains reflect the growing confidence of the Afghan security forces in their ability to provide security to the Afghan people, the challenge ahead is to put in place the final pieces needed to make the progress of the last decade sustainable. This includes logistics, maintenance, airlift, and building the institutions of the Afghan Army and police. Fundamental to any long-term effort on our part in Afghanistan will be the signing of the Bilateral Security Agreement as soon as possible with a new Afghan president. While President Karzai remains unreliable and his rhetoric offensive, all the major Afghan presidential candidates, including the two winners of the first round, support what we have done so far and look forward to signing the BSA promptly if elected.

In addition to meeting with the three leading presidential candidates, I met with Afghan government officials and with several groups of representatives of Afghan civil society. The Afghans I met with came from different backgrounds and spoke with different voices, but they shared a common message of pride in the achievement of their country as it has rebuilt and recovered from the devastation of decades of civil war and Taliban rule. They pointed to the revival of Afghanistan’s education and health systems, the dramatic improvement in the role of women in the country, and the new life that the last 10 years have brought to the country’s economy.

They also spoke of their frustration with the exceedingly negative picture of events in Afghanistan depicted in the U.S. press. A leading national paper writes about a “deepening resentment” of the American presence and a “growing alienation” between Afghanistan and the United States. But the Afghans I met and large majorities of Afghans, according to public opinion polls, are grateful for the sacrifices we have made on their behalf and are convinced they can continue to transform their country with our continued support. Their polls show that 64 percent of the Afgan people believe there has been significant progress in security. U.S. polls show the opposite, the product of an unbalanced, negative view in our media”, said Senator Levin (source: Congressional Record http://thomas.loc.gov/).

Filed under: News, Politics
Share Tweet Pin G Plus Email
previous article: “The challenge ahead (in Afghanistan) is to put in place the final pieces needed to make the progress of the last decade sustainable”, argued Senator Levin
next article: Senator Levin warns of “tens of thousands” of Russian troops massing near the boarder of Ukraine