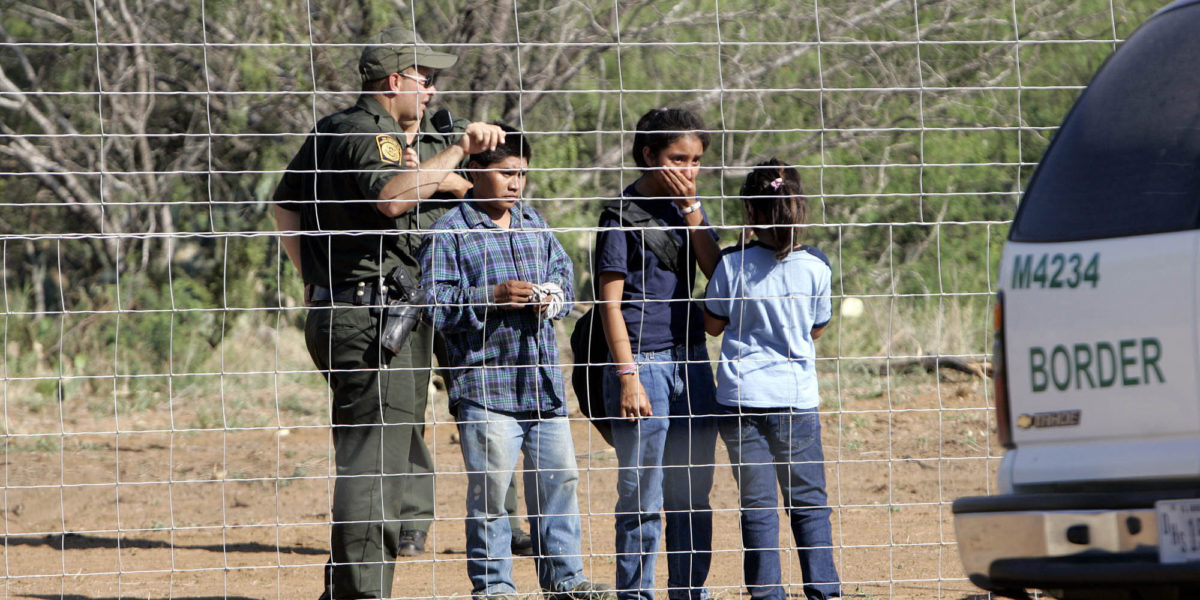 Border patrol round up a couple of illegal children dumped off near the border with instruction on how to infiltrate the country and contact other illegal relatives already in the US.

On July 10, 2014 Senator Cornyn of Texas asked for permission to address the huge crisis on the US southern border with Mexico.

What follows is some of what the senator had to say on this issue:

“Shifting to a different part of my State where they are experiencing another type of crisis, every day this week I have come to the floor and spoken on President Obama’s refusal to travel to the southern border of Texas where a humanitarian crisis continues to unfold. Those aren’t just my words; those are the President’s words–a humanitarian crisis.

As I have said before, the President has been in Dallas; he has been in Austin, where he spent the night last night; and he is there this morning speaking, reportedly, on the economy. Why he persists in his refusal to travel to the border really is beyond my imagination. I just don’t understand it. The fact that the President has himself described it as a humanitarian crisis makes this even more strange.

People can infer whatever they want to about his potential motivations. I don’t know whether it means he doesn’t really understand it, whether his handlers have kept him in the bubble so much that simply the facts are not getting through to him or whether he is surrounded by political advisers who say: This is going to be a political liability for you, Mr. President. Don’t travel there. If you show up and have your picture taken with these children who are traveling by the tens of thousands unaccompanied from Central America to Mexico, you will own the problem. I don’t know whether that is the advice he is getting. Surely it cannot be that he doesn’t care.

Since the President so stubbornly refuses to visit the border even though he is in Texas and has been there for the last 2 days, people have asked me: Well, if the President showed up, what would he see?

First of all, he would learn this crisis is in large part a product of the President’s own policy judgments, particularly starting with the ICE memo in 2011, the so-called Morton memo No. 1, then the Morton memo No. 2, and then the deferred action Executive order saying that certain young people would never be returned to their country of origin but the President will act alone to defer action against them.

Then there is the continued discussion the President has here in Washington that says he wants to go even further. So I think one of the things the President would learn is that people actually pay attention to what he is saying. The impression is that he is not going to faithfully execute the law.