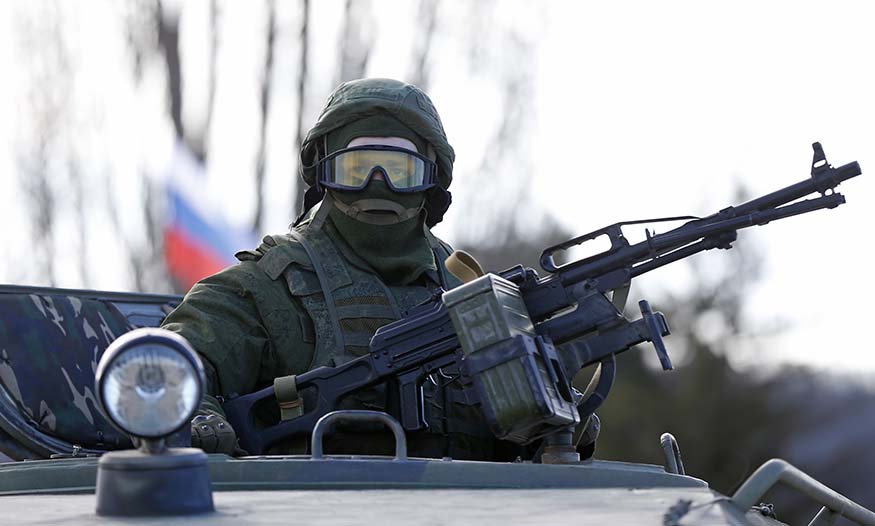 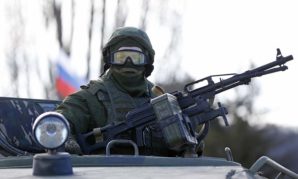 A Russian service man in Crimea.

On March 5, 2014 Senator Dick Durbin of Illinois asked for and was granted permission to address the United States Senate regarding the situation in Ukraine.

“The operation in Crimea was so well orchestrated that it had to have been planned by Russian President Vladimir Putin during the 22nd Winter Olympic Games hosted in Sochi, Russia. Can anyone imagine anything so crass or brazen as to lavishly try to present Russia to the world as a peaceful and moderate nation while secretly planning the military occupation of another neighboring country? The Russian taxpayers should get their $51 billion back they paid to set up the Olympics. It was money wasted by Vladimir Putin to try to create an impression of Russia which sadly does not exist.”

“The former Ukraine President, Viktor Yanukovych, freely elected, also squandered a historic opportunity to further modernize Ukraine, to overcome corruption, and to lift the aspirations of his people. He unnecessarily and cynically divided his Nation. Instead of strengthening economic and political ties with Europe, reforming his economy, and respecting Ukraine’s historical ties to Russia, he set off to become a pawn in Moscow. He saw his survival politically teaming up with Vladimir Putin. As the emerging pictures from Yanukovych’s opulent palace illustrate, he enriched himself personally and his enablers while allowing the country’s promising yet troubled economy to deteriorate. Ultimately, his government led the bloody assault on his own people using heavily armed snipers to massacre the Ukrainian people on the streets of Kiev”, he said.

“I met with Mr. Yanukovych and many in his government just a year and a half ago. Yanukovych said he truly saw his country’s future with greater ties to the West. But under enormous Russian pressure and unable to let go of his own political grudges and terrified of the transparency that an Association Agreement with the European Union would mean for his corrupt regime, he ultimately put his own political future ahead of the good and the needs of the Ukrainian people.  We all know the likely tragic consequences of such self-serving political calculations. Look at President Assad in Syria and President Maduro in Venezuela. The Ukraine will be no different”, said Senator Durbin (source: Congressional Record http://thomas.loc.gov/).