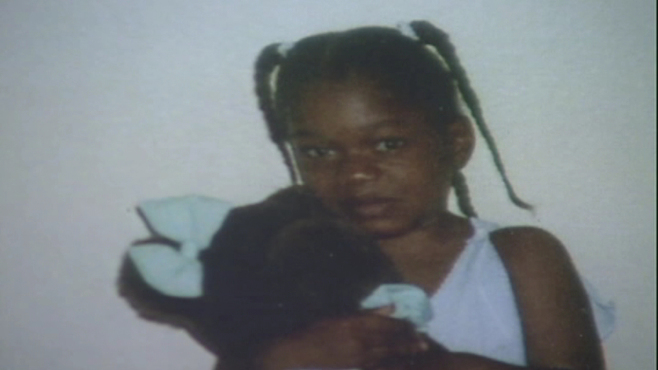 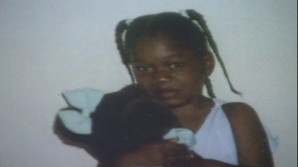 “There were many mistakes made in Talia’s case. Some of those mistakes are of the type that no law might rectify–a reluctance of people to get involved in the affairs of others, the reluctance to implicate abuse, perhaps fear of repercussions or out of respect for a member’s service and personal affability. However, in a case such as Talia’s, more should have been done and could have been done if only the right people were made aware of the situation”, said Senator Hirono.

On June 15, 2015 Senator Mazie Hirono requested permission to address the United States Senate regarding the murder and horrific torture of Talia Williams of Hawaii, age 5.

“Madam President, I rise today to enable my colleagues to become aware of the tragic circumstances that led to the untimely death of 5-year-old Talia Williams and an amendment I have submitted that seeks to close the loophole that allowed Talia to slip through our child abuse safety net.

In 2005, Talia Williams moved to Hawaii to live with her father, Naeem Williams, and his wife, Talia’s stepmother, Delilah Williams. Mr. Williams was in the military, stationed at Schofield Barracks.

Mr. Williams’ defense attorney argued that Mr. Williams was ill-equipped to care for his daughter. That may be true, but what we know for a fact is that Talia Williams suffered 7 months of near constant abuse at the hands of her father and stepmother. This torture ended on July 16, 2005, when Mr. Williams hit Talia so hard it left his fist imprinted on her chest and killed her.

Mr. Williams was convicted of murdering his daughter last year, and he was sentenced to life without the possibility of parole. Her stepmother, Delilah Williams, was given a reduced sentence of 20 years in prison for providing testimony against her husband.

Tarshia Williams, Talia’s mother, sued the military in 2010 for the death of her daughter. Her case was settled earlier this year, with the Department of Defense agreeing to a $2 million settlement for not doing enough to save Talia Williams.

In the course of those two proceedings, it became clear that Talia Williams could have been saved if one thing occurred–reporting the abuse to Hawaii’s Child Welfare Services branch or CPS. Through a memorandum of understanding–MOU–with the State of Hawaii, the Department of Defense established a system in which Hawaii’s Child Welfare Services would be “the agency primarily responsible for intake, investigation, and the provision of protective services as deemed necessary to abused children within the State of Hawaii,” including the children of military families both on and off base.

Under statute and reiterated in the MOU, only Hawaii’s State agencies have the authority–not the military–to take emergency custody and order foster care placement for children without the consent of a parent. But this could only happen if officials in Hawaii knew about the abuse.

In Talia’s case, a number of people were aware of her maltreatment. Yet no report was received by the report point of contact, who was the person on base mandated to report to Hawaii’s Child Protective Services. The court in Tarshia Williams’ civil suit found that military law enforcement, the doctors who treated Talia, and at least one or two family counselors had reason to suspect that violence was occurring in the Williams home. At least one person on base directly reported to the family advocacy program her concerns for Talia’s well-being. No action was taken. Talia remained in the home while time and again law enforcement personnel and others were called to investigate or received reports of abuse. Not enough was done to remove her from her home. This lack of action was and is unacceptable.

No one followed up on Talia’s case to the degree we all should expect. Information about the abuse she lived through never reached the Army provost, who, under the MOU with the State of Hawaii, was the single person required to alert Child Welfare Services. And Talia died.

This loophole, which puts us in a position of hoping and trusting that information of abuse makes it to the reporting point of contact, must be addressed. My amendment would fix this problem by establishing a legal requirement that any federally mandated reporter with credible evidence or suspicion of child abuse notify both the DOD’s Family Advocacy Program and the appropriate State’s child welfare department. This amendment would eliminate the bottleneck of having only one reporting point of contact. Instead, mandatory reporters–which include teachers, doctors, law enforcement, and others–must directly report such evidence or suspicion both up the chain of command and also over to the appropriate State authorities. I am hopeful that by requiring such dual reporting, no military-connected children will remain in abusive homes because information never made it to the right person.

There were many mistakes made in Talia’s case. Some of those mistakes are of the type that no law might rectify–a reluctance of people to get involved in the affairs of others, the reluctance to implicate abuse, perhaps fear of repercussions or out of respect for a member’s service and personal affability. However, in a case such as Talia’s, more should have been done and could have been done if only the right people were made aware of the situation.

I hope we do not continue to ignore this one glaring reporting loophole, leaving in place a hole in our safety net wide enough to miss the torture and untimely death of a child like Talia.

I recognize that time on the Defense authorization is short. I am sure the Department of Defense shares my concerns on this issue. I look forward to working with the Department and my colleagues to close this reporting loophole.”

Stories on this murder were reported around the world in graphic detail.

See article: Ex-soldier, 34, on trial for killing his five-year-old daughter, ‘kicked her so hard he left a boot imprint on her chest’

Filed under: News, Violence
Share Tweet Pin G Plus Email
previous article: US has to pay Russia $75 million dollars each time one of our astronauts needs a ride to space
next article: Letter to a Congressman: Stop Forced Vaccinations