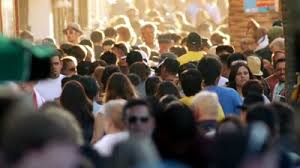 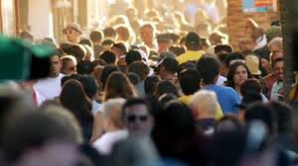 On February 23, 2015 Senator Barbara Mikulski of Maryland asked for permission to comment on the issue of the delay in funding of the Department of Homeland Security before an anticipated shutdown on Friday.

At the same time Senator Mikulski also sounded a warning concerning the increase in threats facing the country, particularly those posed by terrorists organizations like ISIL – perhaps the most ruthless and dangerous criminal terrorist organization in the entire world:

” Mr. President, today the Senate will vote for the fourth time on a procedural vote to take up the House Homeland Security funding bill.

We are going to be voting on the cloture of the motion to proceed because it is a parliamentary way of dealing with the funding for the Homeland Security Department, which runs out on Friday.

We should be voting on the final passage for a clean Homeland Security bill. The bill–when we say “clean,” this is Washington speak. People do not know what a clean bill is. Is there a dirty bill? Is there a dusty bill? Is there a muddy bill? No. What we are talking about is meaning no riders on the bill. In this case, no poison pill riders. There was no disagreement, finally, because of the excellent bipartisan work on the funding of the bill, but the Senate is locked in a game of parliamentary ping-pong on moving this legislation forward, where the losers are the American people.

Look at what is going on in our country right now. We are absolutely relying on Homeland Security for some of the biggest challenges–not facing in the abstract but facing us right now.

There are the terrorists and there is cold weather and there are other issues. Right now in my Chesapeake Bay there is a Coast Guard cutter called Chock. It is out there breaking the Maryland icy conditions–frigid and windy. What is it they are doing? This enables commerce to get up and down the Bay so people are working and getting important supplies. They even work–because the Bay is in both Maryland and Virginia. They went out to the famous Tangier Island to free residents that were iced in, to take food and fuel. The Coast Guard is on the job. They are working in the cold. They are working in the wind. They are breaking up ice not only in Maryland but all over–to these frozen ports. What do we say? Good job, guys. There they are on TV. We love you, but we might not pay you. What is this? They are out there saving lives. We are playing parliamentary ping-pong.

Then there is this whole issue of this despicable, barbaric group called ISIL who essentially says: We are out to get you. Not only are they out to get us, but then they threatened that there could be attacks on malls, the shopping malls in the United States.

We need then additional security from Homeland Security. We also need to be able to work with our local and State partners. What is Congress’s response? We are going to talk about increasing that defense budget in 2016, but we are not going to fund the appropriations from 2015 on Homeland Security. What is wrong with that picture?

I am for a strong national defense and having the muscular way of dealing with the threat of ISIL and any other terrorist group, but they are talking about our malls. They also go on their Web–I hate to even say this in public. They say attack anybody who is in uniform. Well, that is my firefighter, that is my police officer, that is my EMT person. I mean, really. We are worried about lone wolves?

Well, I am worried too. We need to be able to protect them. One way to do it is we need to fund the Homeland Security Department so people who are on the job protecting us can get paid. There are Members on the other side of the aisle who continually ask the President what he is doing to defend America. Let’s put boots on the ground. Let’s put more missiles in the air. Let’s put more flights for airplanes.

Right here in America we have boots on the ground. They are called Border Patrol agents, Customs officers, TSA personnel, intelligence analysts. We have to fund our own Homeland Security boots on the ground. I want to make sure we do it now, so we do not have some big crisis at midnight on Friday.

Where we are is this: We have agreed on the funding on both sides of the aisle and both sides of the dome. The House has added five riders on immigration. Immigration is an important topic. I do not minimize it. I do not dismiss it. It should be debated but not on this bill.

The other issue is that the courts have now made a decision–the Texas court–on the Obama action on Executive orders and immigration. It is now going to go through the courts. The Texas judge made a decision. That is America. It will go to the Fifth Circuit for an appeal and maybe even higher. While it is working its way through, we are debating it. Let the courts decide whether the President exceeded his Executive authority. Whatever the courts decide, I think we will be able to accept it. We cannot hold up the bill waiting for the courts to decide.

We should not hold up the Homeland Security bill waiting for the courts to decide. So with the court decision pending, I say to my friends on the other side of the aisle–who I know are patriotic, who I know want to protect the homeland–put immigration aside on the Executive orders and all of those others, let the courts decide on the Executive authority, but between now and, say, Wednesday let’s pass this Homeland Security bill.

We can pass it, send it to the House, and we can get on with the protecting America rather than what we think about President Obama. I respect what other people think about President Obama. I do not also respect what some people say in their attacks on him: Is he American? Is he patriotic? I think that is despicable to attack our President. But if you think this is a constitutional question on Executive authority, it is now in the courts. That can be a valid consideration.

Given what they are doing in this cold weather and on this incredible intensity and escalation of chatter and threats to the United States, we have to help them be them. We have to give them respect. We have to pay their salaries. We have to give them the right technology to be able to do their jobs to protect us. I say to the Presiding Officer and to all of my colleagues on the floor: Let’s stop playing parliamentary ping-pong with the Homeland Security bill.

The politics in that are over. The issue is going to be resolved in the courts, but what cannot be resolved is the fact that on February 27 the money to fund the salaries for every single man and woman who works at Homeland Security will run out. The time is running out. The money is running out. We cannot run out on Homeland Security. We have to help them make us a safe country, protect our country, and do their job.

I yield the floor.”

Filed under: News, US
Share Tweet Pin G Plus Email
previous article: “Why are the Democrats so eager to cut off funding for the Department of Homeland Security?”, said Senator Barrasso
next article: Pop Up Picnic San Diego Does Date Night Right