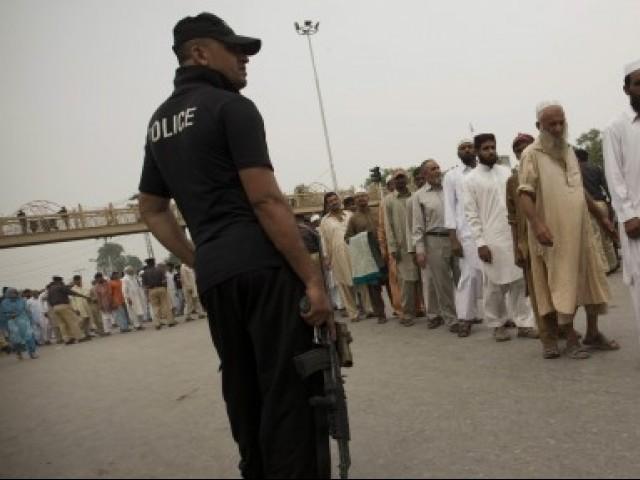 Jamshed Ahmed Khan:
After becoming a partner in the US war on terror, Pakistan lost a lot in last decade or so, Initially, the people of Pakistan faced the huge threats of terror, and with the passage of time, those threats increased by all means. It began during Musharraf’s regime and continued in democratic govt of Mr. Zardari. If we take a glance at the last decade, it clearly proves that it was a terrible time for the entire Pakistan nation.

To live but not to let live has been the motto of the Musharraf and current regime,

During last ten years, the sense of insecurity became more and more strong. Now Pakistani people are in complete insecurity, the people here don’t have even the confidence to claim their rights, it is clearly proved that they are living in turmoil, nothing is secure now. The security of the state is not even secure, the security of economics is not secure inside the country, and the security of borders is a question mark after not only the attacks of NATO and American troops but also the attacks of terrorists from Afghanistan. Today the Pakistani people are surrounded by the insecure economic conditions, inflation is on the historic peak where the government trying to balance the debt with increasing the prices, lack power generating is now the issue which not disturbing the daily life but also disturbing the existing Industry inside the country, due to electricity shortage a huge number of industrialists moved abroad with their businesses, they are leaving their own country and proffering to work in countries like Nigeria, Bangladesh etc.

In a short history of almost 65 years Pakistani people faced all kind of governing systems, they have faced Monarchy in shape of Army generals, they faced dictatorship, Religious of the system of government in last decade, and they faced democratic dictatorship rather than actual democracy. The people of Pakistan have faced the brutal system of Taliban terrorists, and infect different parts of FATA people are still facing that brutal system. So with a quick look at the short history of 65 years of Pakistan, its show us that none of all above mentioned governing systems given security to the people of Pakistan. All above mentions systems gave only one thing to people of Pakistan and that is the sense of insecurity.

With continues, failure of governing system in last 65 years now sense of insecurity is a big asking question for the future of this country. Let see what people decide in coming elections, in coming elections they have to decide to go with the above mentioned system and its followers or decide a change in the country.?