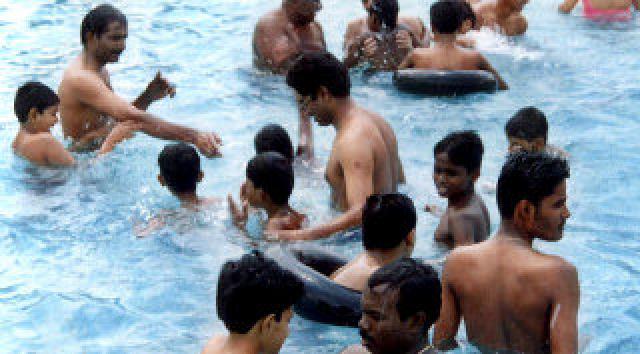 Haemophilia is a genetic blood disorder, better known as a disease of the Royal families of Europe. Queen Victoria was a carrier of the defective chromosome and she passed it on to several of her offspring through whom it travelled to the royal famil ies of Germany and Russia.

However, not many know that many ordinary people, right here in India have haemophilia and try to lead normal lives, despite great odds.

When 16-year-old Ramu was 10 months old, his parents noticed discolorations on his skin. The diagnosis was haemophilia. Unable to complete his Class X exams, Ramu now spends his time at home unable to play, or endure any physical exertion. His mother says weakness, bleeding, and muscle and joint swellings make it impossible for her to send him anywhere to study.

Similarly, as a baby, Sumanth would favour his left elbow and cry incessantly. Even now, (he is 14 years old), excruciating pain makes it impossible for him to be a normal teenager. No cricket, no football, not even a ride in the auto. For, a bump on the road is all it takes to trigger an internal haemorrhage.

Hitting against a table or chair can have the same effect. And often, bleeding can occur involuntarily. Something as natural and inevitable as turning on their sides can cause internal bleeding in haemophilic babies.

People with Haemophilia (PWH) have prolonged bleeding after injury or surgery, and may often require blood transfusion. Internal bleeding leads to painful swellings and, if neglected, to permanent disability.

Often ignorance and lack of appropriate treatment have led to disability and even death in PWH. A support group, The Haemophilia Society has 65 chapters in the country with 23 being in South India. There are 5,000 PWHs registered in Tamil Nadu and the society educates, counsels and reaches medicines to them in times of crisis. The anti-haemophilic factor concentrate is administered to help the clotting of blood in haemorrhaging patients. There are also carrier-detection tests and pre-natal diagnosis tests that can tell if the foetus is haemophilic early in the pregnancy.

The members of the society meet periodically and organise picnics, competitions and awareness programmes. “The idea is to get together and drive home the point that we can also lead normal lives and have fun,” says S. Shantimala, parent of a haemophilic child, and secretary of the Coimbatore Chapter.

“It is not just about the disease,” says Haematologist and Oncologist, Dr. Ramanathan Jayaraman. “Parents are loath to accept that their child has haemophilia. They worry about stigma, medical expenses and a change in lifestyle.” There have been instances where the wife and child have been abandoned. Similarly, when it comes to marriage, the disorder is kept a secret. “Sensitisation and education of the patient, his family, the health-care team and the community is probably the most cost effective way of reducing the morbidity associated with haemophilia”, says, Mammen Chandy, Professor of Haemotology, Christian Medical College Hospital Vellore.

The Haemophilia Society has a school-screening programme that includes a questionnaire to be filled in by the student. Many parents of PWH feel that while most teachers are sensitive once they are told about a child’s problem, more needs to be done. PWH are often neglected and sidelined, making them miserable and lonely.

Human blood contains 13 clotting factors, which helps stop bleeding. PWH have a low level or absence of one of these clotting factors in their blood. This causes PWH to bleed for longer periods of time.

Filed under: Health & Science
Share Tweet Pin G Plus Email
previous article: A million Somalis have fled their homes
next article: Thinning The Blood, And More, With Fenugreek