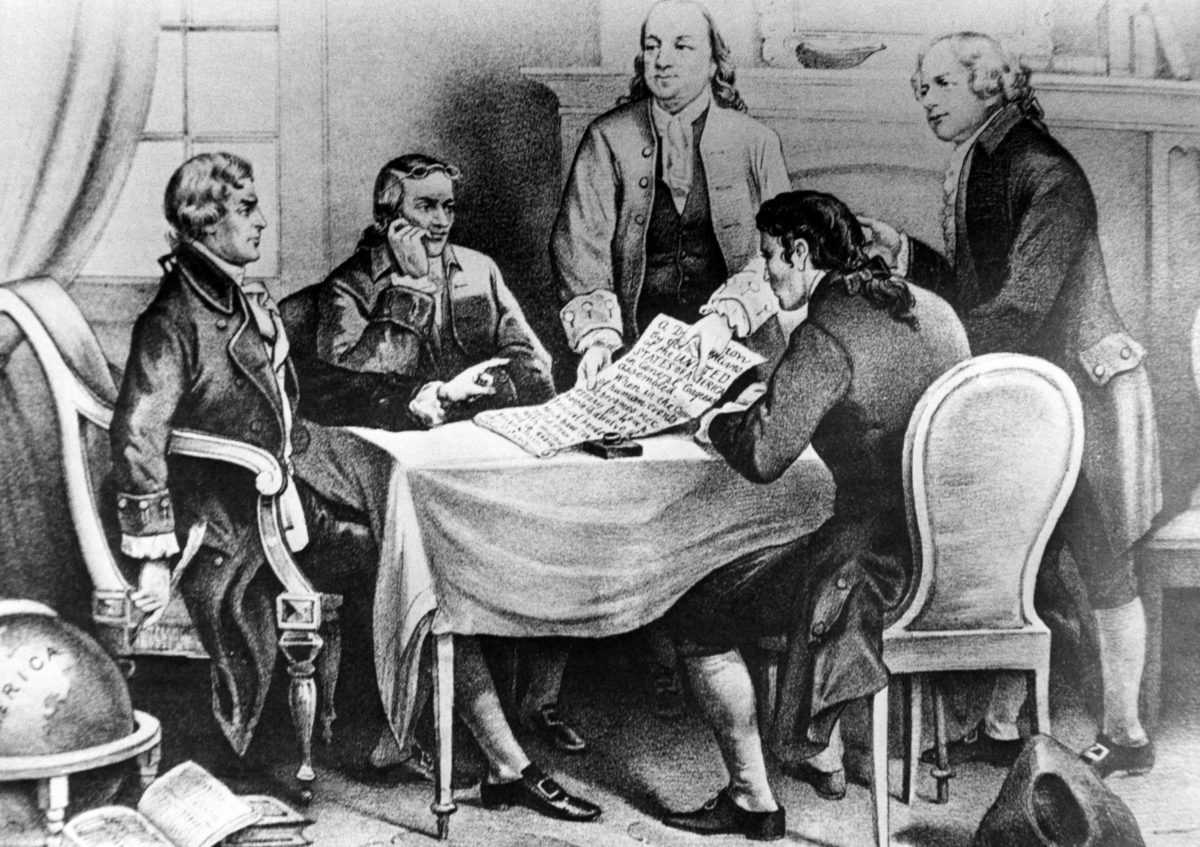 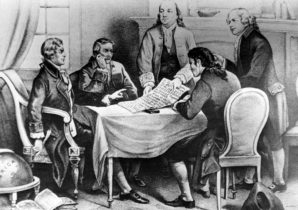 “Congress shall make no law respecting an establishment of religion,

or prohibiting the free exercise thereof…”

Seventeenth-century English philosopher John Locke may have been amongst the first to theorise on the removal of religion from government, but it was Thomas Jefferson who gave the concept a memorable and succinct term; the separation of church and state. The concept, incorporated into the First Amendment and reflected in later documents, has been the subject of divisive debate and numerous court cases ever since. Officially, the US does not endorse a religion, and yet, the US is not a secular nation.

One doesn’t have to look beyond recent history to see cases of religious influence in lawmaking. In 2001, George W Bush restricted federal funding for research that extracted stem cells from embryos on the basis that the embryo, and therefore the potential for human life, would be destroyed in the process. “My position on these issues is shaped by deeply held beliefs,” Bush stated. “I also believe human life is a sacred gift from our creator.” School prayers are commonplace across the nation despite the 1962 Engel v. Vitale ruling that the  imposing of such religious practises by a state institution violated the First Amendment. Reproductive rights are relentlessly opposed by Republican candidates on religious grounds, whilst churches and other religious institutions continue to receive either tax breaks or complete tax exemption.

Refreshingly, Obama has shown little sign of traditional evangelical influence in his political stances and policy making, which has included reversing Bush’s ban on stem cell research, supporting federal funding of Planned Parenthood and calling the nation-wide legalisation of gay marriage ‘a victory for America’. As a result, he’s been labelled an ‘anti-christ’ or ‘satanist’. One poll in 2012 showed that over 17% of registered voters believed Obama practises Islam, whilst 19% claimed they were uncomfortable with his religious beliefs. Republican candidate Ben Carson has not echoed such accusations towards Obama, but stated he “would not put a Muslim in charge of the nation.” Evidently, the religion of the POTUS and those running for presidential office is a matter of importance for the US electorate, with a tendency for speculation to surround those not vehemently identifying as Christian.

A proposal to allow only atheist candidates to run as president is too extreme of a solution to the perceived over-emphasis currently placed on religious affiliation of US presidents. It is also unrealistic, considering a mere 20% of the population currently identify as non-religious. Perhaps forbidding the use of God and religion in political rhetoric, or requiring the president to swear by non-religious policy making during their inauguration would be a more practical approach (the latter of course contradicting the current tradition of using a Bible to administer the presidential oath). To honour Jefferson’s command, and advocate its literal interpretation, safeguards must be put in place to protect against religion in political discussion – but how could such regulations be enforced? How do we differentiate between a president who governs according to their political stances and one who governs according to their religion, when religion can intangibly influence personal values and vice versa? For example; prostitutions is defined as a sin in the Bible, yet one can oppose the legalization of prostitution for non-religious reasons.

In 2012, as Obama campaigned for his second term in office, business mogul Mitt Romney entered the presidential race with promises of a conservative and hard-hitting leadership. Romney’s supporters admired the Republican’s debating skills, his family values and apparent confidence in restoring economic prosperity. The elephant that trailed after Romney was his Mormon faith. Had he been elected, Romney would have been the first Mormon US president. How such religious beliefs might have affected his leadership was anyone’s guess, as Romney stayed clear of mentioning God or Mormonism in his campaign speeches, only opening up about his faith six months after having lost the election to Obama.

Would a Mormon president be able to overlook perceived abominations in the nation over which he governed, from the consumption of alcohol to the production of pornography? Or would a Mormon president have abided by the teachings of his holy book and championed for modest dress codes for young women across the nation, or reversed the legalisation of online betting?

However traditional or strong his faith, Romney would not have risked angering a predominantly protestant nation by openly governing according to characteristically Mormon teachings. Romney is a businessman with an appreciation of diplomacy and – just like JFK did with his Catholicism or Joe Lieberman did with his Judaism – would would have wisely kept his faith out of the public eye, subsequently appeasing a nation which expects their president to either proudly declare his Christianity, or else keep his minority faith out of policy making.

It is worth mentioning that Judaism does not seem to garner the same attention in politics. Pew polls categorise Judaism in political contestants as being among “traits that are neither assets or liabilities”. Mormonism or Islam, on the other hand, are problematic religions for the US voter. Whilst Clinton and Trump frequently speak of their ‘relationship with God’, Sanders has mentioned nothing but a vague religious inclination – and only when prompted by journalists. Yet polls indicate that the American people are unfazed by the candidate’s Jewishness – a fact evidenced when he became the first Jewish contestant to win a primary. That Judaism, unlike other minority faiths, is so widely tolerated should not come as a surprise. Jewishness is viewed by many, for better or worse, as much as a cultural heritage as a religious affiliation. Judaism is also perceived as a harmless religion, as Jews aren’t considered  a threat to the structure of US society – on the contrary, Jews are well integrated in US society. Pew’s findings reflected exactly that – 9 in 10 voters do not believe they would be influenced if they found out a candidate was Jewish, whereas 51% of voters admitted they would be less likely to vote for a candidate who “does not believe in God”.

The issue is then that Americans doesn’t just want a religious president – they want a religious president with Protestant values, and will unfairly favour a president who governs, or is likely to govern, based on evangelical stances. Consequently, both the electorate and Congress overlook the dramatic overlapping of church and state when the ‘church’ in question is evangelical – simply because the majority of American people are indeed evangelical. What then, was the purpose of Jefferson’s separation of state and church, if not to protect the minority against a predominant religion?

The question of whether the First Amendment can ever be upheld in modern day US comes down to two alternate solutions of rather black-and-white proportions. Alternatively, the American people continue to accept that church and state may overlap in certain aspects but should be as tolerant of – for example – the right for a Muslim to engage in polygamy as they are of the right for a Christian doctor to refuse to perform an abortion. Otherwise, the United States should make every effort to ensure no religious affiliation influences the making of laws or the ruling of court cases, leaving the question of what constitutes a religious stance (as opposed to moral stance) for the public and judiciary to decide upon. In other words, it is a case of restricting religious influence in politics, or making every effort to allow a great diversity of religious influence. The US may be a democracy where the majority rules, yet under the current system we are seeing politicians and political bodies abuse their powers by restricting the rights of, or enforcing beliefs upon, those who are either affiliated with a minority religion or no religion at all.