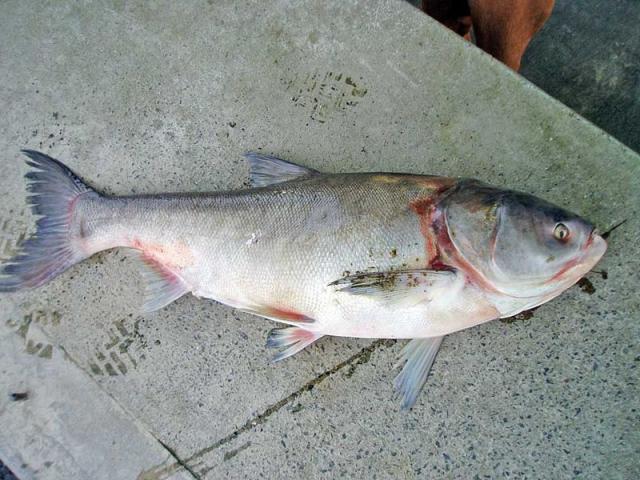 Seth Russell, 15, of Crossett, Arkansas was seriously injured when he was struck in the face by a Silver Asian carp while tubing on Lake Chicot.

Seth Russell was having a day of fun on Lake Chicot, riding on an inner tube behind a motor boat, when he collided with a jumping Silver Asian carp. He doesn’t remember the accident which knocked him unconscious, but witnesses say he was happily skimming the water in the inner tube when the flying fish smacked him in the face, breaking Russell’s jaw. The Silver Asian carp exploded in the high-impact collision, covering the boy in innards.

Seth Russell had oral surgery to fix a broken jaw and has back pain caused by whiplash sustained in the accident. Silver Asian carp were imported to the United States to clean algae from ponds and lakes and their population has since exploded.

The following video shows how Silver Asian carp jump out of the water:

Filed under: US
Share Tweet Pin G Plus Email
previous article: Straits Times Index Rallied by 122.82 Points On US Mortgage Bail Out
next article: Bob Dylan in Prospect Park