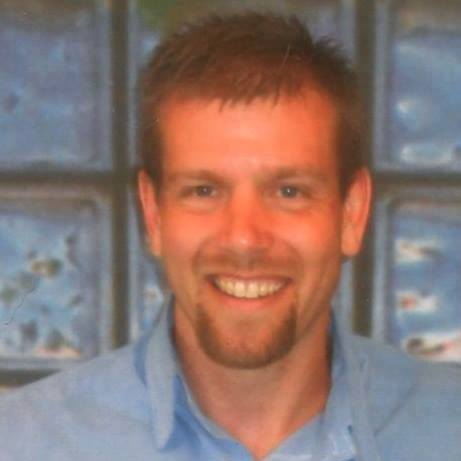 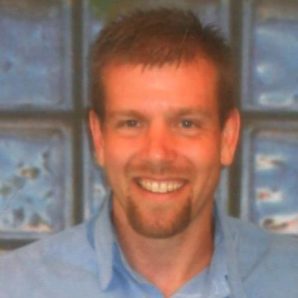 David Thorne was convicted on January 25, 2000, and sentenced to life without parole in Ohio, for allegedly hiring an acquaintance to kill his son’s mother Yvonne Layne in 1999. The problem is that evidence clearly shows that David Thorne is an innocent man.

The appeals system in the United States operates at an incredibly slow pace, making it difficult to correct a wrongful conviction no matter how strong the case for innocence may be. And, as seen in Thorne’s case, the system often fails to recognize wrongful convictions even when presented with overwhelming evidence of innocence. As a result, an estimated 100,000 innocent people remain in our prisons today, all but forgotten by society.

Thorne has proclaimed his innocence from the beginning, and evidence has come forward since his trial showing that egregious misconduct took place during the investigation and prosecution of his case. Investigators displayed a bad case of tunnel vision by failing to pursue other possible suspects. They also obtained a coerced false confession from a young man with a cognitive deficiency, who not only implicated himself but also implicated Thorne. The prosecution furthered the misconduct by withholding exculpatory witness evidence from the defense which could have greatly benefited their case. Sadly, two innocent people are now in prison, while the perpetrator remains free.

Thorne, who has an iron-clad alibi, was implicated by a mentally and emotionally impaired man named Joseph Wilkes. After being interrogated and threatened with the death penalty, Wilkes told his interrogators that he was hired by Thorne to commit the murder. The problem was that Wilkes was unable to provide accurate details of the crime scene. Forensic Scientist Brent Turvey analyzed the case for Thorne’s defense during his appeals. According to Turvey, Wilkes got every detail of the crime wrong, except the type of weapon used. Shockingly, the jury bought the flawed confession, despite its glaring inconsistencies, putting Wilkes and Thorne in prison for the rest of their lives. Wilkes has since recanted his confession and implication of Thorne, stating that he recited everything the police told him because he was fearful of being put to death.

Cornell University Law School: “The Brady Rule, named for Brady v. Maryland, 373 U.S. 83 (1963), requires prosecutors to disclose materially exculpatory evidence in the government’s possession to the defense. “Brady material” or evidence the prosecutor is required to disclose under this rule includes any evidence favorable to the accused– evidence that goes towards negating a defendant’s guilt, that would reduce a defendant’s potential sentence, or evidence going to the credibility of a witness.”

In addition to obtaining a completely unreliable confession from Joseph Wilkes, the prosecution also committed a blatant Brady violation. During their investigation, police interviewed a man named George Hale. Hale lived in the neighborhood where the murder took place. The morning after the murder occurred, Hale witnessed a man walk out of the Layne’s home carrying a garbage bag. Hale approached police to tell them what he had seen. This led police to present Hale with a photo lineup of possible suspects. During the first photo lineup session, which did not include a photograph of Thorne, Hale picked a police officer out of the lineup. This may seem like an honest error on the surface, but it’s far more suspicious when looking at the troubled history Layne may have had with local law enforcement.

After Thorne’s photograph was taken by police, Hale was called back in for a second photo lineup. This time, the lineup did include Thorne, but Hale failed to pick Thorne out of the lineup. After Joseph Wilkes was arrested, police never considered having Hale come in a third time to view a possible lineup including Wilkes. Why? Their entire case was built on the theory that Wilkes was hired to commit the crime. Wouldn’t it have been wise for investigators to see if Hale recognized Wilkes as the man leaving the scene of the crime?

The prosecution never told the defense that Hale identified a police officer in the first lineup. Why is this important? According to Turvey’s report, a police officer may have been pressuring Layne into providing sexual favors. According to Turvey: “Alliance Police Officer Quintin Artis had issued Yvonne Layne a summons prior to her death. He took her driver’s license and returned it at a later date while apparently off duty. It has been stated by various witnesses that Yvonne Layne claimed that Officer Artis wanted sexual favors in return for the license. This does not appear to have been investigated.”

Yvonne Layne’s lifestyle may have led her to have relationships with unsavory people. Turvey’s report suggests that Layne may have been working as a prostitute. According to Turvey: “There were many opened and unopened packs of condoms lying in plain sight in Yvonne Layne’s bedroom area. This should have clued investigators in to the possibility that this victim may have been engaging in prostitution. There is, in fact, little investigation into the victim’s background at all. If the victim were engaged in prostitution, this would put her at extremely high risk for suffering injury or death related to criminal activity. It would also dramatically increase the suspect pool in this case.”

Investigators failed to properly investigate the murder of Yvonne Layne. Any possible link to a police officer being a suspect was hidden away, never to be looked at again. And Layne’s background was all but ignored. A proper investigation would have worked to exhaust all leads, which obviously did not happen in this case.

I have written about this case in the past, and much of the information in this article can be read in my previous articles. I will continue to highlight this case until justice is served. The fact that David Thorne sits in prison as an innocent man will not change. There is not one shred of evidence to show that Thorne had anything whatsoever to do with the murder of Yvonne Layne.

Unfortunately, Thorne has exhausted his appeals leaving him with few options. He is now seeking the help of a lawyer (who is willing to work pro bono) to file a request to have the DNA tested in his case. There are several key pieces of evidence that have never been fully investigated. The items include: a bloody footprint on the victims back, blood on the victim’s pillow from the murder weapon, a large knife bearing an unidentified thumbprint, and two ashtrays containing two different brands of cigarettes. DNA evidence from the crime scene will certainly not point to Thorne or Wilkes, because they were not there, but the evidence may very well lead to the actual perpetrator.

David Thorne has now been incarcerated for 17 years for a crime he did not commit. Please visit The Wrongful Conviction of David Thorne to learn more about this case.

You can also keep up to date with the case by visiting the Free David Thorne Facebook page.