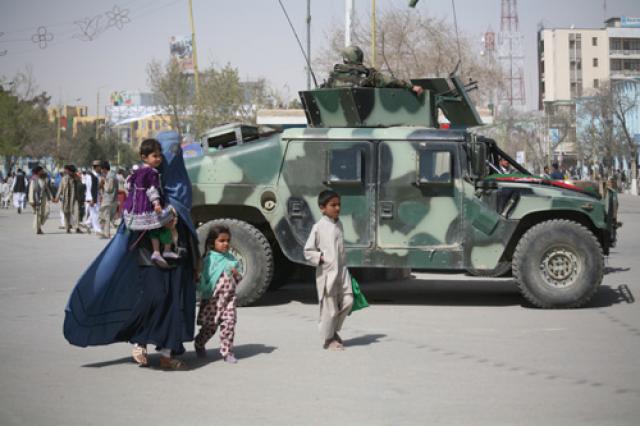 Another statement from British Marines in the Helmand province claimed that their operations were successful in the area as they have ousted the insurgents from many villages.

In the central province Logar, a Taliban insurgent named Mullah Abdul Malik was killed in Coalition operation yesterday and four police perished in an explosion by the Taliban Today.

Meanwhile, an official of Ghazni province told that there was a clash between two groups of insurgents in the Andar district today morning. The official claimed that 8 insurgents have been killed in this clash but the Taliban have yet not confirmed it.

‘The two groups had differences over a new bash of foreign fighters, including Arab and Pakistanis who has recently arrived in the district’ added this official.

Afghan and Nato officials claim that the insurgents have been defeated in most parts of the country, but, they say, there is an increase in the cross border attacks this year as Pakistan has signed a peace agreement with the militants.

The leader of the Pakistani Taliban recently said in an interview that his militants would continue attacking NATO and Afghan forces in Afghanistan despite the peace agreements with the government of Pakistan.