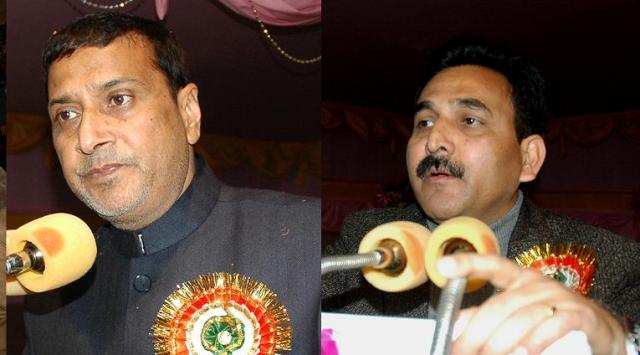 Seeking support of all walks of life for checking the menace of female foeticide,  Sham Lal Sharma said that situation is so alarming particularly in Kathua and Udhampur districts and we have to make collective efforts to curb this practice. He issued stern warning to those responsible for carrying out illegal activities of sex determination, adding that anybody found indulging in the practice shall be punished severally. He directed the law enforcement agencies to keep close vigil on the situation and take all remedial measures to curb this practice.

Saying that foeticide is biggest crime in the society the Minister maintained that we all have to make collective efforts to stop this practice. He also sought help of elected representatives, religious organizations, NGOs and ASHA workers to curb this heinous crime.

Highlighting the importance of Flagship programme NRHM, he said that this ambitious programme has helped the state to improve health facilities in the rural and far flung areas up to larger extent. He exhorted upon the doctors and medical staff to work with more dedication, adding that serving the humanity is the best prayer. He said that we have to maintain accountability and responsibility in our profession to improve the delivery system on ground so that benefits of various flagship programmes reach to the needy people. He disclosed that the Government has already taken various welfare measures for the doctors, para medics and ASHA workers, which include enhancement in their incentives. He asked the MLAs for monitoring the activities of health institutions in their areas as Chairmen of Rogi Kalyan Samitis.

Sham said that NRHM which is aimed at improving healthcare facilities in the rural areas with special focus on checking the mortality rate of mother and child. The programme could not be picked up in the early stage which caused major financial loss to the State, but during the past 2 years the programme has been brought on the track.

Giving clear message to the ASHA workers that their engagement is purely a temporary assignment and they are being paid on case-to-case basis. He said that there is no such provision for making them permanent as their engagement is under a flagship programme of Central Government which is likely to be extended up to 2017. He asked them to gear up their efforts to earn attractive incentives. He said that Government has already enhanced their incentives from Rs. 600 to Rs. 2500 per case. The best ASHA workers will be honored with cash awards annually, the Minister added.

Dr. Manohar Lal Sharma thanked the Health Minister for holding  a very informative and useful Samellan in the district. He hoped that the event would prove result oriented for all those associated with the implementation of this flagship programme. He said that with the hard efforts of the employees, the health facilities in Kathua district have improved considerably, however, he demanded filling up of all vacant posts in the district, especially in the far-flung areas.

Dr. Manohar Lal Sharma demanded Trauma hospitals on Dhar road and national highway as these are accidental prone areas and many accidents take place and consequently many precious lives are lost. He exhorted for detailed awareness among the rural masses for the successful implementation of this programme

Legislators also spoke on the occasion and highlighted various issues and problem of their areas.

Later, the Minister also participated in the annual day function of , Kathua.