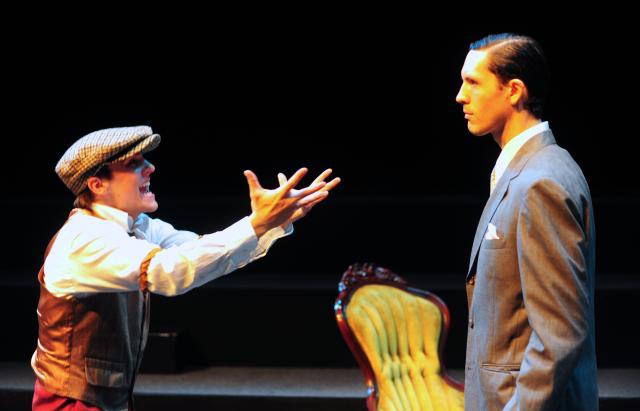 The bill comes as the festival prepares to mark its 35th anniversary this summer. Over the years, more than 300,000 people have attended the performances. The legislation notes that Shakespeare’s work was first performed in the New World at Williamsburg in 1753. So it seems fitting that the commonwealth’s official festival would be located there.

The idea was brought to Norment in October by Robert Ruffin, the interim producing director for the Virginia Shakespeare Festival, which is presented by the College of William and Mary.

“I think it will boost tourism to reach out beyond our local reach,” Ruffin said.

With an economy that relies heavily on tourism revenue, the Historic Triangle suffered greatly when the 2008 recession hit.

According to the Williamsburg Hotel Association’s tourism statistics, the number of occupied hotel rooms has dropped every year since the recession began, but the decline is starting to level off.

Room reservations dropped 16 percent in 2008 and almost 11 percent in 2009. But in 2011, the number dropped only about 3 percent. As the economy heals, tourism may pick up – and it could get an even bigger boost if the Williamsburg event is designated as Virginia’s official Shakespeare Festival.

“It would add credibility being an official event,” said Bob Harris, senior vice president of tourism at the Greater Williamsburg Chamber and Tourism Alliance. “It adds depth to what we offer here.”

Harris said boosting local tourism can attract businesses to the area, which means more jobs and a healthier economy.

Williamsburg has the second-highest unemployment rate in the state – more than 12 percent, according to the Virginia Employment Commission. That’s more than double the statewide average.

Norment, who serves as an adjunct professor for William and Mary’s law school, agrees that making it the official Shakespeare festival of the commonwealth would boost local tourism.

“The Virginia Shakespeare Festival attracts visitors to the Historic Triangle every year, providing quality entertainment for our visitors and residents alike,” he said. “By designating it as Virginia’s official Shakespeare Festival, this outstanding community asset will achieve the recognition it deserves and increase its ability to draw even more visitors to our region.”

Norment’s proposal, Senate Bill 1123, is awaiting a vote in the Senate General Laws and Technology Committee.

For more information about the Virginia Shakespeare Festival, visit http://vsf.wm.edu