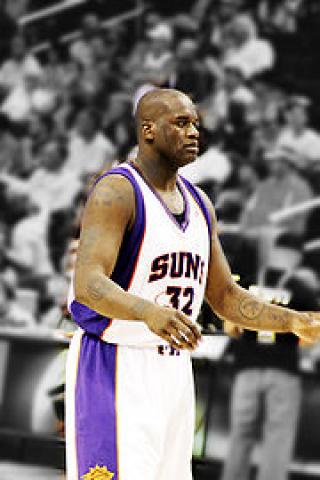 After being routed by the Los Angeles Lakers during their encounter early this week, Phoenix Suns came back with an impressive win by scoring 133-113 to win over the complaining Raptors.

Chris Bosh of the Toronto Raptors complained that Shaquille O’Neal cheated during the game after the ex-LA Lakers main man made 45 big points.

‘He was just camping down in the lane, Bosh said Friday night, after O’Neal’s biggest scoring night in six years, led Phoenix to a 133-113 victory over the Raptors. ‘I mean, if they are not calling three seconds-I thought it was a rule, but I guess not’, he added in a news report by Yahoo news.

‘It was cool’ O’Neal said. ‘Guys were really looking for me. I’ve been saying all year if I can get those touches like that, I think I can do that every night’. He said.

‘He’s just too strong and pushes guys right under the basket and gets inside, Toronto Coach Jay Triano said. We have no match for him’.

Shawn Marion led the raptors with 27 points. He said after the game: We were right there man. We don’t know what happened’. We just hit the tank or something, and everything just sort of went the other way. Its frustrating because I think the fight in us just went out the window’. The ex-Suns drew cheers when he was introduced before the game.

O’Neal who is celebrating his birthday next week said later that he was not really happy with the victory because they are expected to beat the Raptors. ‘We have to step up against the upper echelon teams’, he added

Phoenix Suns played against the Raptors minus Steve Nash who is still in the injured list.