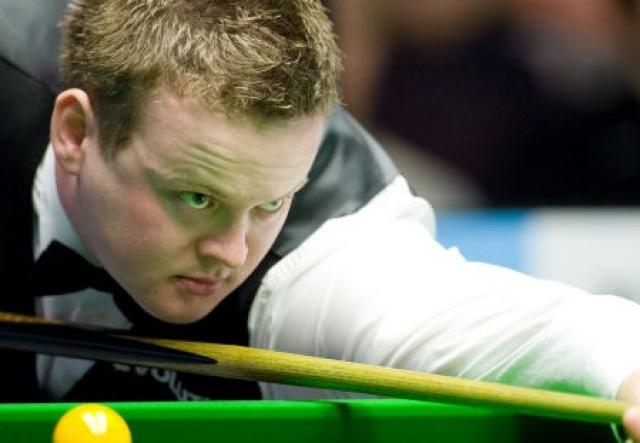 In a fitting twist to a scrappy final Sean Murphy won the Maplin sponsored UK Snooker Championship in Telford, Sunday  with a dramatic fluke on the pink. He then doubled in a red to put the cup, Murphy’s second major title after the 2005 World Championship, out of Fu’s reach.

Murphy told the BBC after his 10 frames to 9 victory. "I’ve never felt pressure like that." and in a nod to the quality of the play said "That was the worst match we’ve both played this tournament but that just goes to show the pressure we were under."

Marco Fu said the Murphy had won because he had "played well under pressure". Despite showing guts to win 9 frames the player from Hong Kong did not manage to make a significant break in the match. Murphy though not at his silky best had managed to cobble together four over 70, including one 99.

Murphy also had taken the clear lead in frames on a number of ocassions in the match (e.g. 5 – 3 and 8 – 6) only to make mistakes on aggressive plays which allowed his opponent back in.

So it was 9 frames all when the twenty-six year old Englishman known as ‘The Magician’ leaned over a regulation pink into the bottom left corner pocket to leave Fu needing snookers. The pink missed, hit both corners and rebounded out to hole clean into the centre pocket Murphy moments ago was leaning over.

The drama was not over though, and Fu could yet have stolen it as Murphy’s subsequent saftey shot to the bulk cushion recklessly pushed the black to very lip of the bottom right pocket. Nearly six and a half hours into the game it looked all too much for Murphy who then to the amusement of the crowd put a towel over his face.