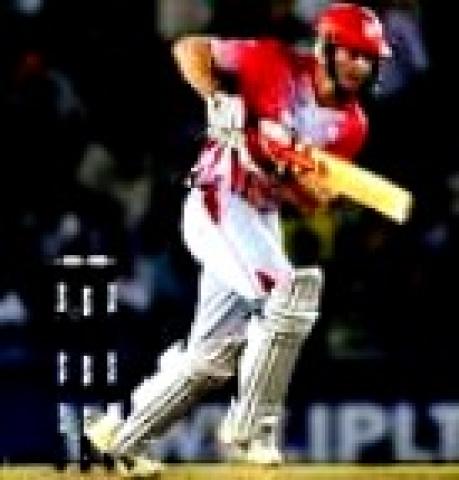 Shaun Marsh is going to be a great hero for the world cricket, as he has managed to show his high potential by his outstanding performance in last 6 months. It can be predicted that he will lead world cricket in the next 10 years or so.

Shaun Marsh is the son of great Australian batsman Geoff Marsh who was born in Western Australia in 1983. Who knows he would cross the success of his father in a very quick time!

Marsh made a red signal to the bowlers of world cricket by participating in IPL for the Kings XI Punjab. He scored 593 runs from just 10 matches with a great average of 74.12 and become the best batsman of IPL, 2008. He smashed almost every greatest bowler in the present world cricket: Glenn McGrath, Chaminda Vass, Shaun Pollock, Zahir Khan, and Muralidharan in IPL. His all-round batting ability reaches Kings XI to the Semi final of IPL. He contributed almost every match which they won. Earlier he became the best player of Western Australia.

By the outstanding performance of IPL he included to the t20 squad of Australian team to play against West Indies. He scored 29 runs in that 11 over match and got the chance into the ODI squad.

He made his debut in the first ODI match against West Indies in Sabina Park, Kingston, Jamaica, June 24, 2008. Putting into bat by the WI skipper Marsh came to open the innings with Watson and made a great start for Australia. He smashed the ball all over the ground in the way of scoring his match winning knock of 81 runs and adjudged man of the match.

Marsh has got a great capability to play all around the ground. He can cut well, he can pull well, he can hook well, he can sweep well and he can carry the innings in one hand. Over all he has almost every sort of quality as the greatest batsmen like Bradman, Sachin, Lara, Ponting and Ghilcrist have had.

It may happen that he could fill the gap of Ghilcrist who has just retired from international cricket. He will take the cricket in a new class it is the expectation of the cricket lover from whole world and he will reach near the hill of great batsmen where Bradman, Sachin, Lara, Ghilcrist live.