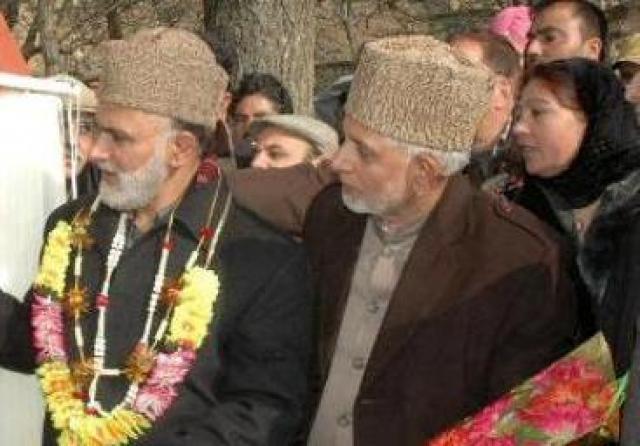 Jammu, December 15 : J&K Law and Parliamentary Affairs Minister of Jammu and Kashmir state  Ali Mohd Sagar Tuesday appealed to the protestors to wait for the final verdict  of the High Court in the highly sensitive Shopian twin rape and murder case.

A leading News Agency  of J&K, Kashmir Independent Press (KIP) quoating J&K law minister Ali Mohd Sagar while reacting to news reports of violence during complete shut down in the valley said, "people should not politicize the sensitive case and must wait for the court’s verdict".

He said some people are doing it for gaining ‘cheap publicity’ but they will not succeed in their designs.

A day after the CBI submitted its report in the highly sensitive case public anger spilled on to the streets in valley as it witnessed sporadic incidents of stone pelting and violence.

Urging local residents to calm down Law Minister said, “the people  must trust and have faith in the justice system”, while asserting that the state government headed by Omar Abdhullah was only interested in  finding truth.

"Chief Minister had made a commitment on the floor of the house to uncover the mystery behind the death of two women. He also conceded demand of the opposition parties in the state and ordered a CBI probe with  the sole purpose of  digging the truth", Sagar said adding we have nothing to hide. “We want people should know the truth instead of politicising the human suffering”.

The premiere investigating agency Central Bureau of Investigation (CBI) had earlier submitted its report in the High Court on Monday stating that both Asiya and Neelofar died due to drowning and were never raped and murdered.

Meanwhile, normal life was affected in valley on Tuesday due to a strike called by a local outfit to protest the CBI report in the Shopian case.

According to reports the bandh was near total in south Kashmir but partial in central and north . Shops and markets in and other major towns of the valley remained closed in response to the strike called to protest alleged shielding of guilty and presenting of chargesheet against innocents in the case. The CBI indicted 13 people including six doctors, five lawyers and two civilians for allegedly fabricating evidence. Light rains in most parts of the valley including also forced people to stay indoors.

According to police statement the Bandh Call given by some organisation in evoked partial response and passed of peacefully. There were stray attempts at disturbing peace at some places like Maisuma and Baramulla which were foiled by timely intervention of police. There are no reports of any civilian or policemen getting injured so far today.

Filed under: Media & Tech, World
Share Tweet Pin G Plus Email
previous article: The Real-Time Fourth Estate: Why Our Democracy is Healthier Than Ever
next article: GETTING A NEGATIVE NOD FROM US, UK LIKE NATIONS, HUNGARIAN DOG IS NOW COMING TO INDIA FOR TREATMENT