When it comes to beloved sports, few spark the deep feelings of nostalgia associated with baseball. While the majority of North Americans love the sport, there is one common complaint when it comes to professional baseball, the length of the games.

Unlike almost every other televised sport, baseball is not ruled by a clock or periods or even quarters. Instead, baseball games are governed by innings that are unrestricted time-wise, which means games can stretch on for a long time. In fact, last year an average regular season baseball game clocked in at roughly three hours.

In 1984, when the Chicago White Sox played the Milwaukee Brewers, the game stretched on for a jaw dropping eight and a half hours, making it the longest game in Major League Baseball history and arguably the longest sporting game ever played.

When it comes to championship and World Series games, they are even longer, averaging more than three and half hours.

While the issue of game length does come up every couple of years, there is increased pressure this year to do something to make games more exciting, shorter and more inviting to younger audiences. That is because when it comes to demographics, baseball has the oldest viewers of the top major sports, with 50 percent being 55 or older.

According to Nielsen ratings, the average age of baseball viewers is 53, compared with 47 for the NFL and 37 for the NBA. This disparity isn’t only in viewership either, fewer young people are also playing baseball. The number of youth between the ages of 7 -17 playing baseball in the U.S. decreased by 41 percent between 2002-2013, from 9 million to 5.3 million.

In an effort to speed up games for viewers at home and those in attendance, MLB has proposed a change to the intentional walk rule, a change that would allow a manager to simply signal for a free walk from the dugout, rather than requiring the pitcher to literally throw four wide ones.

The proposal, which would need the approval of the players union before it came into force, is getting mixed reviews. While the Baseball Commissioner is in favor of a change, the director of the players association is not. 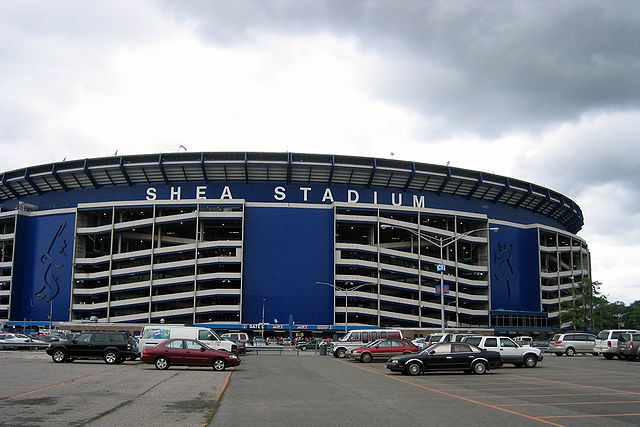 “It’s going to be very difficult to try and implement something like that,” said Tony Clark, executive director of the Major League Baseball Players Association. “That’s not a spur-of-the-moment consideration. I think everyone here can appreciate that adjusting the strike zone is something that can majorly affect the game, negatively or positively. Doing so after guys come in (for spring training), to simply adjust that is a tough sell.”

MLB Scouting Bureau certified scout, Tim Kendall, says any changes to MLB rules would have repercussions for both players and recruiting staff.

“Changing certain aspects of the game would certainly impact how players need to approach the game to be successful and also how scouts examine prospects,” Tim Kendall explained. “There is a lot of strategy and practice that goes into perfecting one’s game and it should not be understated how much a small adjustment to the rules could affect a player’s performance or success.”

In recent years, there has also been a concerted effort to integrate technology into the game, particularly in the area of streaming.

“We spent millions of dollars to develop streaming products because we believe that incorporating this technology with the game helps us attract a younger audience,” said Rob Manfred, Major League Baseball Commissioner.

Even though a change to game length would be welcomed by many fans and even coaches, there are die hard baseball fans that want the game they love to stay exactly the same.

In an Op-ed for the San Diego Tribune sports reporter Nick Canepa wrote, “It is a sport to be savored, not gulped. Slow is part of its charm.”

For former player and current Red Sox manager John Farrell, the reality is the game is changing. He references the video replay and the rules governing collisions at home plate as some of the progressive changes that have happened recently.

“I think we’ve done a good job of not trying to change too many things at once,” Farrell said. “As we try to create new markets, increase our fan base, I think you’ll see all these discussions we’re talking about as a way to keep the game active and more attractive to the video age and making it as interactive as possible, but yet keeping the pace of the game inside the ballpark one that keeps the attention of everyone in the stands.”

There is currently no word on whether there will be any changes ahead of the 2017 season.

Filed under: Baseball, Sports
Share Tweet Pin G Plus Email
previous article: Tips For Eating Out While On A Diet
next article: Using SEO to compete with Your Large Competition