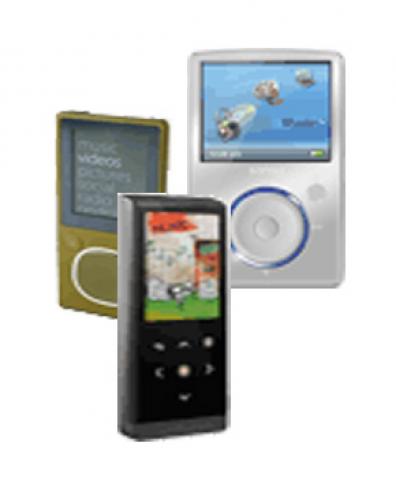 Ah, the same old question and yet we are talking about a different type of technology. No longer is the question PC or Mac, but now we move into the realm of other technologies such as MP3 players and even cell phones. In the personal computing realm I do have my personal favorite and that is the Mac. However with the high cost of Apple computers it is very difficult to foresee myself purchasing one in the near future. PCs on the other hand are relatively inexpensive and can be repaired by parts from a local computer store, whereas the Mac’s hardware is highly proprietary.

As for the Apple iPod, whether it is a Shuffle, or a Nano, they are very cool looking gadgets and they play relatively well. Nevertheless, in this case we see that Apple has made it necessary to use their proprietary software, iTunes in order to populate the device with music or videos. This is where I fall off of the iPod bandwagon. I find that the iTunes software is too much trouble to use. In the first place you must sync your iPod to a particular computer in order to make use of the software. This can get increasingly difficult if you have more than one user account on a Windows computer. If you wish to use another computer to fill your iPod you must go through a tremendous amount of trouble in order to do so, and even then you will wind up erasing your entire iPod in order to sync it with the new computer.
I find it equally cumbersome to sit and go through my entire iTunes library and uncheck the audio files that I do not want to be on my iPod. Another problem that I have found is that if I want to backup the contents of my iPod, I can do so but I must have a CD burner and I cannot backup to my hard drive, or other removable disk. Although, I have found a work around for this, it is still quite a bother and I simply do not want to spend that much time doing it.
However, there are alternative MP3 player that are even better and the fantastic thing about these other devices is that they generally cost much less, give you more storage for your money, and in some cases even offer better features. These alternative MP3 players are very easy to use and they read just as though they were a thumb drive. This gives the you the ability to drag and drop whatever content you want on to your player and vice versa. No special proprietary software needed, just plug it into your USB slot and let Windows recognize and install the drivers for it, nothing could be simpler.

Some of these alternatives to look out for are the Microsoft Zune which is comparable to the iPod but with better sound and an EQ. There are also MP3 players made by Sandisk, and Samsung. These alternative MP3 players offer high quality for a fraction of the price of an iPod as well as ease of use which is probably the thing that I like most about them.